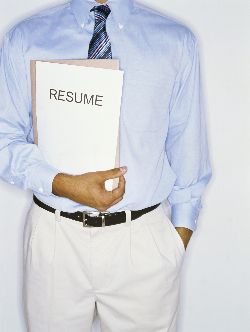 Hilda L. Solis, the U.S. Secretary of Labor reports that "this past June, the economy gained 83,000 jobs in the private sector. [But] overall, employment declined by 125,000 [jobs]. . ." A large portion of the job loss resulted from the Census Bureau shedding 225,000 temporary workers, many of which were hired in May. The New York Times reports that "although quite weak by historic standards, the 83,000 private-sector jobs created in June more than doubled the count in May". In addition, through the first 6 months of 2010, the private sector has added 590,000 jobs versus losing 3.7 million jobs during the first 6 months of 2009.

While the positive employment gains are encouraging (100,000 new jobs excluding the Census cuts), this is still below the 130,000 to 150,000 new jobs needed to meet the demand of new workers entering the job force. In addition, according to the New York Times "the labor pool is already packed with 15 million Americans looking for work". Taken together, these numbers could push unemployment rates higher if more new jobs are not added over the coming months. As reported in both the New York Times and The Washington Post, President Obama was quoted as saying "make no mistake -- we are headed in the right direction" but he also added "We're not headed there fast enough for a lot of Americans. We're not headed there fast enough for me either."

In her report, United States Secretary of Labor Solis stressed that additional new jobs must be created to meet this demand and to assist in the recovery: "this summer is poised to be the most active Recovery Act season yet, with tens of thousands of projects kicking off, including 10,000 transportation and highway projects, more than 3,000 clean and water drinking water projects, and nearly 800 projects underway at our national parks." In addition, last week the government announced $75 million in federal subsidies to help companies off-set the cost of on-the-job training for new employees. The government also awarded $125 million in education grants for community-based job training. These funds were granted to 41 community colleges and organizations in 26 states.

The unemployment rate for June was also reported in the news release from the US Department of Labor. Unemployment in June dropped 0.2 percent to 9.5 percent (versus 9.7 percent in May). At first glance, the drop is an encouraging sign, although the numbers are a little deceiving. In June, 652,000 people left the potential workforce as they classified themselves as no longer looking for a job. In addition, the number of people who classified themselves as employed actually decreased by 301,000. Finally, according to the New York Times, for long-term unemployed, the median duration time for finding a job increased from 23.2 weeks in May to 25.5 weeks in June. Today's report shows positive signs in terms of growth in the private sector; however, more work needs to be done to create jobs for both the unemployed and new workers entering the job market.