The Power of Introverts in the Workplace 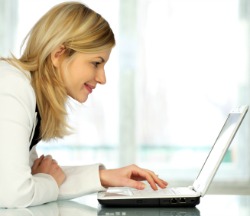 The corporate world seems to favor extroverts, as they tend to have an energizing presence and demonstrate a team-oriented attitude. In contrast, introverts tend to be undervalued in the workplace due to their typically anxious demeanor and the fact that they frequently withdraw into their work, preventing supervisors or peers from seeing their true contributions. However, according to Forbes, a recent study by UCLA's Anderson School of Management shows that managers should focus on adding more introverts to their teams, as such individuals tend to contribute significantly, driven by their internal motivation and their anxiety.

UCLA's study, conducted by associate professor Corinne Bendersky and co-author Neha Parikh Shah and published in an article entitled "The Downfall of Extraverts and Rise of Neurotics: The Dynamic Process of Status Allocation in Task Groups," conducted two separate surveys in order to reach their conclusions. In the first survey, 229 MBA students were divided into five-person study groups at the beginning of their academic quarter. Each student was given a survey that gauged their level of extroversion and introversion. Afterward, they were asked to predict the contributions of their teammates to the study group. Students consistently rated their more extroverted teammates as more likely to contribute and obtain a high status within the group. The introverts, in contrast, were expected to contribute very little and were assigned a low status.

Despite these initial impressions, however, peers' favorable judgments of extroverts and unfavorable judgments of introverts reversed dramatically in ten weeks' time, when Bendersky and Shah checked in with the 229 students at the end of the academic quarter. The study's authors found that the extroverts of the groups frequently lost status with their peers by not contributing as much as they were expected to, while introverts often contributed generously and were rewarded with heightened status in their group.

Bendersky and Shah's second experiment, in which they asked 300 individuals to participate in an online study that involved each person emailing a "colleague" named John, revealed similar results. Study participants were told that John was either an extrovert or an introvert and subsequently asked to email John to urgently request his help. Upon John's response, in which he either agreed or refused to help, participants were asked to provide details on their perception of John. Bendersky and Shah consistently found that individuals judged the extroverted John much more harshly when he refused to help them. In contrast, introverted John was not expected to provide help, and when he did agree to assist, participants rated him very highly. The study indicates that introverts need not despair that their strong work will go unnoticed. For team managers, this study illustrates the importance of creating a balance of both introverts and extroverts within a given work group.

Other scholars have begun to recognize the value of introverted individuals. In her book "Quiet: The Power of Introverts," Susan Cain explains America's undervaluing of introverts and how much it loses both socially and economically by not creating environments that nurture introverts' strengths. According to Business Insider, Cain argues that the most powerful workplace combination is a team that contains and values both introverts and extroverts, a scenario that she calls a kind of "yin and yang." In a video interview with Business Insider, Cain explains that introverts are often mistakenly perceived as antisocial, and that introverts' strengths include their creativity (a product of their introspection) and thoughtful completion of projects.

"We live with a value system that I call the Extrovert Ideal -- the omnipresent belief that the ideal self is gregarious, alpha, and comfortable in the spotlight," Cain writes in her introduction, an excerpt of which is available on her website. "But we make a grave mistake to embrace the Extrovert Ideal so unthinkingly. Some of our greatest ideas, art, and inventions -- from the theory of evolution to van Gogh's sunflowers to the personal computer -- came from quiet and cerebral people who knew how to tune in to their inner worlds and the treasures to be found there."