Theories Abound About What Caused America's Humanities Crisis, and Whether It Actually Exists 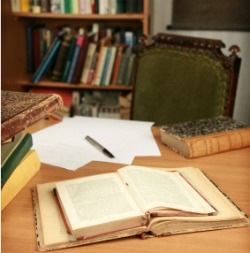 Do U.S. colleges have a humanities problem? Last month, the American Academy of Arts & Sciences released a study revealing that the number of college students majoring in the humanities is dropping, according to Inside Higher Ed. In the last few years, several colleges have cut or minimized their humanities programs, while others have launched campaigns to save them. All of this has given rise to a raucous debate in higher education regarding the cause of the humanities crisis, what it means and -- in some cases -- whether it really exists.

In a column for The Chronicle of Higher Education, Emory University English professor Mark Bauerlein wrote that well known statistician Nate Silver has emerged as an authority on the country's so-called humanities crisis, or -- more specifically -- the idea that such a crisis does not exist at all. Silver's research shows that while the share of college students majoring in, say, English has declined by nearly 60 percent in the last 40 years, the shift is only slight when you compare the proportion of all college-age adults who earned English degrees 30 years ago versus today. The reason: the proportion of Americans earning college degrees has increased dramatically during that time, and most of those new students apply to other programs.

Some experts suggest Silver's research proves the humanities are not really in trouble. Bauerlein disagrees, calling it evidence of the discipline's "feeble standing," and its "20-year failure." He notes that more people are going to college, but they do not veer toward the humanities.

Author Lee Siegel tends to agree, but with a twist: writing for The Washington Post, Siegel suggested the humanities effectively destroyed themselves by reducing great literature to quizzes and facts. "For every college professor who made Shakespeare or Lawrence come alive for the lucky few," Siegel said, several more made literature seem like "two hours in the periodontist's chair."

Princeton University history graduate student Ben Schmidt has his own theories on why fewer people are pursuing the humanities, reports Inside Higher Ed -- one potentially linked to women's equality. Schmidt analyzed enrollment trends over the last 20 years and found that the percentage of male students majoring in humanities declined much less dramatically than the proportion of women humanities majors. Schmidt told Inside Higher Ed that the "boomer bubble" explains part of the decline, but the rest can be attributed almost entirely to women, who are increasingly choosing to major in areas like business, communications and social work in the wake of increased opportunities and universal coeducation.

Whatever the cause for the perceived decline in the humanities -- real or otherwise -- Rosemary Feal, executive director of the Modern Language Association, explained to Inside Higher Ed that there is good reason to care about them today. "This is our cultural heritage," she said. "We would be shortsighted to tie its study and preservation to the number of majors alone."

Career and Education News
Home >
News>
Theories Abound About What Caused America's Humanities Crisis, and Whether It Actually Exists