Think Before You Post: More Recruiters Use Social Media to Find and Research Candidates 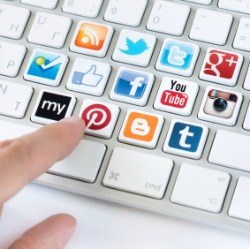 When it comes to recruiting, you need to go where the people are in order to find top talent. That being said, it is no surprise that recruiters and hiring managers are spending more time on social media networks such as LinkedIn, Facebook and Twitter to find candidates. In fact, according to its annual Social Recruiting Survey, recruiting platform Jobvite found that 94 percent of recruiters now rely on social recruiting, up from 78 percent in 2008.

"It's no longer a question of 'are recruiters using social media'," said Dan Finnigan, president and CEO of Jobvite in a press release. "It's a question of how. We've seen a significant jump in social media engagement over the years; in 2013, it's a given."

One recruiter I spoke with agreed: "Today, if you're not using social media to recruit, you're probably not getting very far in your search," said Melissa Sezto, Talent Advisor who has worked with various companies, including Google. Currently, Sezto works with Udacity and a few other start-ups.

Jobvite received responses from more than 1,600 recruiters and HR personnel regarding their use of social media in the hiring process. The Huffington Post reported that survey participants said that social recruiting has significantly improved the way companies find and vet candidates, with 33 percent saying it has reduced the time to hire and 43 percent saying it has increased candidate quality as well as quantity.

Furthermore, according to the survey, social media is an important part of recruiting because it helps recruiters and hiring managers better understand candidates.

"I get more insight into a candidate with social media. I can get a more complete story about a candidate, which lets me understand more about who the candidate is than just an address and some bullet points on a resume," said Sezto.

The press release noted that LinkedIn, Facebook and Twitter were the top platforms used by recruiters, but specialized networks -- such as GitHub, Yammer, Stackoverflow and Instagram -- were growing in adoption. Depending on the role she is recruiting for, Sezto said she uses a variety of social media platforms to research her candidates. Examples include Quora, Twitter, YouTube, Pinterest, Tumblr and LinkedIn. The way she uses each network varies and some networks are more insightful than others for certain roles. For example, if Sezto were looking for a marketing candidate, she would spend more time on Twitter, Facebook, Tumblr and Pinterest than she would if she were looking for an engineer.

"For a marketing role, I'd use social media to see if a candidate is active online; do they have followers, what are they posting or tweeting?" explained Sezto.

While jobseekers should be mindful about what they post on Facebook and other social media sites, last year Forbes reported that the extreme opposite -- not having a social media presence at all -- could also be a red flag. Indeed, Sezto said that being active on social media sites illustrates a level of technical proficiency, which is important, particularly in Silicon Valley. Still, Sezto advised that people should not post anything they would not want the world to see, even if they are not actively job hunting. Instead, she recommended posting articles, images or comments about things that you are passionate about, provided that those things are not risqué.

"It's important to think about your image and self brand. Think of these networks as an extension of your resume -- use them as an opportunity to define and share positive characteristics about yourself beyond an 8x10 piece of paper," said Sezto.

Career and Education News
Home >
News>
Think Before You Post: More Recruiters Use Social Media to Find and Research Candidates