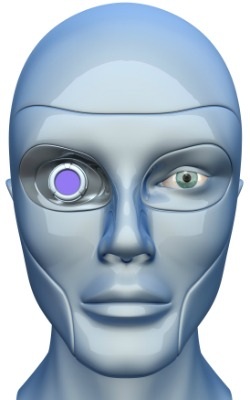 A free online course at Stanford University has garnered overwhelming popularity around the globe.

Portions of the course, CS221: Introduction to Artificial Intelligence, has been offered online in the past, but for the first time the university will offer it in its entirety to anyone for free online during the fall quarter, reported IEEE Spectrum. The class will be taught by two of the world's best-known experts on artificial intelligence, Sebastian Thrun and Peter Norvig. Dr. Thrun who is the director of the Stanford AI Lab, led a team of Stanford students and professors that won the 2005 DARPA Grand Challenge and also helped develop the Google auto-driving car. Dr. Norvig, former scientist at Sun and NASA, is Google's director of research and co-author of a leading textbook on artificial intelligence.

As The New York Times reported the online course has attracted more than 58,000 students--high schoolers and retirees alike--from more than 175 countries, which is almost four times the size of the university's entire student body. Inspired by Salman Khan's Khan Academy, the class is one of three experimental courses that the Stanford computer science department hopes will extend technology knowledge beyond campus classrooms to the entire world.

"The vision is: change the world by bringing education to places that can't be reached today," said Dr. Thrun.

The Lookout reported that lectures will be held twice a week. The 75-minute lectures will be chopped into smaller chunks, however, so that students can easily view them anytime. Students will also have to complete eight homework assignments and two exams.

According to The Chronicle of Higher Education, the online course will run in tandem with the physical course so that online students will sit in on the same lectures and do the same work as their Stanford counterparts. Although only Stanford students get credit, online students will be graded on assignments and exams. The New York Times also noted that students who complete the course online will receive a "statement of accomplishment".

Grading 58,000 students sounds daunting, but the professors said that extensive use of technology should make it more manageable.

"We have a system running on the Amazon cloud, so we think it will hold up," said Dr. Norvig to The New York Times.

Many researchers believe this course is the first step towards a much bigger trend. Hal Abelson, a computer scientist at MIT who helped put together educational offerings that began in 2002 pointed out that the online world has changed dramatically.

"The idea that you could put up open content at all was risky 10 years ago, and we decided to be very conservative," he said. "Now the question is how do you move into something that is more interactive and collaborative, and we will see lots and lots of models over the next four or five years."