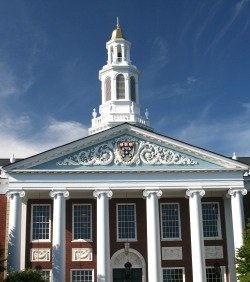 On March 4, Times Higher Education released its annual World Reputation Rankings of the 100 most reputed colleges and universities across the globe. The rankings, which began in 2011 as a spin-off of the annual World University Rankings, are based on an invitation-only opinion survey of senior and published academics.

A recent press release revealed that this year's rankings show little change for the six "super-brands," consisting of Harvard University; Massachusetts Institute of Technology; University of Cambridge; University of Oxford; University of California, Berkeley; and Stanford University -- in order of rank. In fact, as illustrated by Business Insider, these schools have dominated the top six spots since the rankings' origin in 2011.

Despite the sustained success of the top six schools, Australia was potentially the biggest winner of the year, according to the press release. It gained an extra two schools on the list, and four other Australian institutions advanced in rank. Asian universities also continued a trend of improvement, with schools including Seoul National University and National Taiwan University placing in the top 100. The UK, however, did not fair as well, losing three universities from the list while sustaining nine, as Business Insider revealed. Several American universities also decreased in rank. The University of Massachusetts, for example, has dropped from 18th to 42nd place since 2011.

Phil Baty, editor of Times Higher Education Rankings, believes that these declines in rank are indicators of a downward trend for U.K. and U.S. universities. As reported by The Huffington Post, Baty pointed out that all three U.S. universities that have been eliminated either from the top 50 or the top 100 -- University of Arizona, University of Minnesota, and University of North Carolina at Chapel Hill -- are public universities dependent on government funding. "Spending cuts are clearly having a serious negative effect on the nation's standing and ability to compete in an increasingly competitive global market. Meanwhile, East Asian institutions are enjoying serious government investment and rapidly rising prestige, which in turn are driving their knowledge and innovation economies." In order to maintain the U.K.'s position as a leader in higher education, a spokeswomen for the Department for Business, Innovation and Skills of the University and College Union explained that U.K. universities are planning to "[protect their] research budget, making UK research more accessible and delivering a better student experience."

Although the rankings are based on subjective criteria, it is important for a university to have a strong reputation. As Baty explained, a high reputation "has serious real-world impact -- helping to attract top student and academic talent, and encouraging industrial investment and benefactions."

"The Most Respected Universities In The World," businessinsider.com, March 5, 2013, Michael Kelley