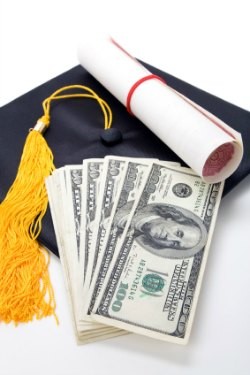 If what you want from college is an education that could afford you a career with high income potential, consider a pre-medicine, pharmacy or engineering major.

These majors rank among the Top 15 with the highest financial payoffs, according to a new, 546-page book, "College Majors Handbook with Real Career Paths and Payoffs," The Huffington Post noted. In it, you'll find specific career-related information about several majors, including possible related jobs you could pursue, the extent to which people in the field like what they do and what income you can expect to earn.

The book's conclusions are based on the four authors' analyses of three data sets: U.S. Census Bureau statistics, U.S. Department of Labor studies and the National Science Foundation 2011 survey of 170,000 college graduates.

The Top 15 college majors resulting in the highest pay, as reported by Fortune and listed with their median salaries, are:

In comparison, the annual, median pay of recent college graduates working full-time in 2010 was $53,976.

Along with pre-medicine, the high-ranking, non-engineering majors are pharmacy, computer science, physics and astronomy, economics and financial management.

Most, if not all, of these majors require a heavy dose of math and science. If you're more right-brained, keep in mind the payoff from employment, however, isn't limited to money; job satisfaction is important, too.

"Salary is not the only form of payoff from a college education," the book's authors wrote, noted Fortune.

Graduates with history and English majors for example, earn about $48,000 and $44,000, respectively, below the approximate $54,000 median. Yet, surveys reveal their job satisfaction is equal to or better than those earning more pay.

Whether you pursue a major linked to higher or lower earnings, what's significant is with a college degree, your earning power is much greater than if you lacked a degree. Statistics show in 2011, the average employed young person with a bachelor's degree earned 80 percent more than their peers with only a high school diploma, KTNV noted.

"The earnings premium of individuals with college degrees persists over their lifetime," the authors wrote.