Top 5 In Demand College Degrees For 2012, According To NACE Survey 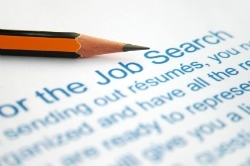 Employers plan to hire greater numbers of college graduates this year than last and primarily want those with degrees in business, engineering and computer science, a new survey showed.

In its Job Outlook survey, the National Association of Colleges and Employers each year surveys its members about their hiring plans, Forbes noted. NACE is a Bethlehem, Pa.-based nonprofit organization that connects college placement offices with employers. Its members primarily are large companies with established college recruiting programs. Out of 949 companies contacted, 160, or 16.9 percent, participated in the survey, including ConAgra Foods, American Airlines, Ernst & Young, Seagate Technology, Chevron and Genworth Financial. NACE conducted the research between February 8 and March 19, 2012.

NACE data showed companies plan to hire 9.5 percent more college graduates in 2012 than they did in 2011, AG Beat reported (in 2009, NACE respondents had slashed hiring by 21.6 percent from 2008). They also intend this year to hire 10 percent more interns, mostly paid, for the summer. Most employers, though, plan to recruit during the fall semester.

In terms of intended spring hiring per region, Forbes reported that the west shows the largest boost in hiring at 32.8 percent. Meanwhile, the southeast increased 18 percent, the midwest is up 7.7 percent and the northeast 6.6 percent. The survey also showed starting salaries for graduates are up 3.5 percent this year, as is the total number of jobs for them, to 116 from 105.

Despite the increase in positions, however, the number of graduates applying for open jobs is still down. This year, 32.6 applications are being submitted per job, and while that is an increase from the 21.1 applicants per job in 2011, it is down from 40.5 in 2010.

The hiring trends shift annually based on how various business sectors are performing. This year, KY Post indicated, the Top 5 business degrees employers want in 2012, according to the Job Outlook survey, are, from most to least:

Business Administration: Companies prefer job applicants with problem solving and leadership skills, which potentially could be gained or honed through a business program.

Engineering: Engineers should do well landing jobs, as employment in this occupation is estimated to increase 11 percent through 2018, according to the U.S. Department of Labor.

Computer and Information Sciences: Graduates with a bevy of new technological skills are in demand this year, particularly those armed with the latest and best knowledge.

Accounting: The 2012 year looks good for accounting majors, as 59.3 percent of surveyed employers plan to hire these graduates this year.

Economics: Graduates with an economics degree have the attention of some 34 percent of surveyed companies that plan to hire them this year.

Businesses of all sizes are seeking problem solvers, AG Beat summarized, and the trend of hiring recent graduates is increasing.

Career and Education News
Home >
News>
Top 5 In Demand College Degrees For 2012, According To NACE Survey