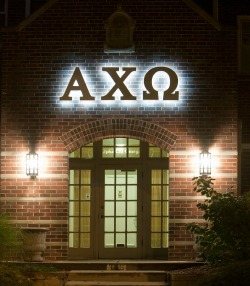 The president and board of trustees at Trinity College in Connecticut have decided to make the school's fraternities and sororities co-ed rather than shut them down due to reports of increased drinking and drug use, the Concordiensis reported. An increasing number of Trinity students have been taken to hospitals for alcohol and drug use treatment in the last year, and school officials are anxious that claims of drunk driving, fights, harassment, and sexual assault could affect the school's reputation, according to the Hartford Courant.

Trinity College's decision to change the structure of Greek life on campus can be attributed to the fact that the school has seen the quality of its student applications decline and has had several of its students transfer to other colleges in search of a less party-centric and more academically focused environment. The school, which charges nearly $58,000 annually for tuition, fees, room and board, places itself on par with schools such as Amherst, Colby, and Middlebury, all of which are located in the Northeast. The Hartford Courant also reported Trinity College's national rankings have declined.

"In the end, it's really about taking a look and saying, 'What should be the ideal environment in which students develop intellectually and as human beings?'" Trinity Dean of Students Frederick Alford said in the Hartford Courant. "We are a residential college. We believe learning and development take place everywhere."

Many Greek students, family members and alumni oppose the decision, some even protesting, circulating petitions, and threatening to withhold donations. Some Greek students are concerned that their national charters could be revoked because they do not allow for members of the opposite sex.

"It's like we've been thrown under the bus," Amalia Nicholas, president of Kappa Kappa Gamma, told the Hartford Courant.

Despite these protestations, by October 2014 the school's Greek organizations will need to have 15 percent of their membership coming from the opposite sex, the Concordiensis reported. This required percentage will jump to 30 percent by October 2015 and 50 percent by October 2016. Other changes taking place to Trinity College’s Greek scene include a prohibition on pledging and a requirement that each new member have a 3.0 GPA and each Greek institution hold a collective 3.2 GPA. These changes are occurring at a school where 18 percent of the student population has membership in a Greek organization.

According to Inside Higher Ed, has been 25 years since a college attempted to make its Greek institutions co-ed, and such efforts have not always resulted in success. Peter Smithhisler, president and CEO of the North American Interfraternity Conference, said such initiatives have led some Greek organizations on campuses to disband but sent others "underground."

Some Trinity students and alumni view the changes positively, the Concordiensis noted. Alumnus Mike Lenihan of the Class of 2007, told the school via letter, "Trinity is slipping” in terms of its “social cohesion" and "academic rigor." Lenihad believes that if this co-ed measure succeeds, "it would mean a stronger and more competitive Trinity than ever." Dean of Students Alford hopes the reforms will result in a stronger Trinity community that provides “more social outlets, more variety in the way we socialize, and an environment where men and women of diverse backgrounds form true friendships based on mutual respect.”