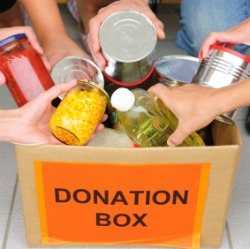 College students across the country have banded together to aid relief efforts for those affected by Typhoon Haiyan in the Philippines.

One of the most powerful storms on record hit the Philippine Islands on Friday, flattening entire cities and leaving thousands dead. According to CNN, Haiyan -- known in the Philippines as Yolanda -- was 3.5 times stronger than Hurricane Katrina and was large enough to stretch from Spain to Sweden. Its 235 mph wind gusts demolished the Leyte province and a 16-foot-high wall of ocean water destroyed the city of Tacloban.

CNN described the aftermath as "a devastated wasteland". According to CNN, the official death toll as of Wednesday morning was 2,275. An estimated 80,000 homes were destroyed and the Philippine government estimates that more than 582,000 are homeless. More than 2 million people are in need of food as relief efforts have been hampered by debris and devastation, particularly in the hardest-hit areas.

Many college students in the U.S., reading about and seeing images of the devastation, have responded by raising funds for relief. According to The Cornell Daily Sun, the Cornell Filipino Association (CFA), which has mainly supported philanthropic organizations such as Advancement for Rural Kids (ARK) and the Ricefield Collective, has started raising funds to purchase relief goods.

"Most of the money collected through our upcoming events will probably be used to support those organizations that are now working towards helping the Philippines to recover," said Nina Valenzuela, the philanthropy chair of the CFA, to The Cornell Daily Sun.

WEEK News 25 reported that students from the University of Illinois Urbana-Champaign's Philippine Student Association (PSA) are also raising funds for ARK, which has set up an emergency relief fund for rural areas that have been affected by Haiyan, but have limited access to relief. All the funds that PSA raises will go directly towards the Philippine communities that ARK partners with. Funds will be used to provide temporary food and shelter as well as help rebuild homes, schools, gardens and farms.

Grace Geremias, one of the students who spearheaded a large-scale fundraiser for the Midwest Filipino-American collegiate student organizations, which is a network of more than 1,300 students from more than 17 colleges, told WEEK News 25 that PSA has raised $2,715 so far.

"That will help 181 children as of now," said Geremias. "We are hoping to raise more."

Bay City News reported that in California, college students at San Jose State University are working with Project PEARLS, a nonprofit that serves underprivileged children in the Philippines, to hold a three-day relief drive on campus. SJSU students will be collecting supplies such as non-perishable food, baby formula, baby food, toiletries or medicine as well as monetary donations. All donated items will be shipped to the Philippine Red Cross for distribution.

According to a press release, the Institute of International Education (IIE) also announced that it would launch an Emergency Student Fund (ESF) to help support select Filipino students who are currently enrolled at U.S. colleges and universities. According to a recent IIE report, more than 3,200 students from the Philippines are studying in the U.S. International Student Advisers or other campus officials from accredited U.S. host schools can nominate up to three Filipino students who are in need of financial assistance due to devastation in their home country. IIE's Philippine-ESF will provide grants of $3,000 to select students and priority will be given to undergraduates, those with the most urgent financial need and those closest to graduation.

"Our goal is to help relieve the financial burden that is compounding these students' personal distress, and to encourage them to complete their U.S. studies so they can return home with the skills and new knowledge to help rebuild their shattered communities," said Allan E. Goodman, president and CEO of IIE, in the press release.