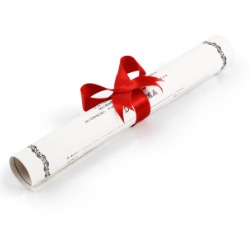 The U.S. ranks second in the world in its percentage of adults who possess at least a bachelor’s degree. However, the U.S. falls to fifth in the world for its number of college degree-holding adults, and is falling farther behind in the its production of two-year degree holders relative to most other countries. According to a recent report by the National Schools Boards Association (NSBA), greater efforts should be made to meet President Barack Obama's goal of having the U.S. lead the international community in its production of college graduates by the year 2020.

"Unless the U.S. begins graduating significantly more students with four-year degrees, the country's ranking will likely continue to drop," Jim Hull, senior policy analyst with NSBA’s Center for Public Education, said in his report entitled "Getting Back to the Top: An International Comparison of College Attainment, Where the U.S. Stands."

Using 2010 data, the study revealed that the U.S. came in 18th in the world for its production of two-year degree holders, with just 10 percent of people ages 25-to-64  having such degrees. “Many of the new jobs of the next decade or so will require some college after high school, but not necessarily a four-year degree…so [increasing two-year degrees] can have a significant impact on our economy,” Hull said to the Christian Science Monitor.

The U.S. also ranks poorly (14th in the world) in its turning out of young college graduates ages 25-34. "This is troubling as the relative standing of this group foreshadows how educated the country will be in the future," Hull said. "Unfortunately, several countries will likely surpass America in the near future as a greater proportion of young adults abroad become college graduates."

For the U.S. to capture the international lead, schools and the U.S. government need to focus on producing more two-year degree graduates. “Traditionally in the US, more of our focus has been on four-year colleges,” stated Boston College education professor Heather Rowan-Kenyon. As a result of this bias, more funding has conventionally been allocated to bachelor’s degrees and above. Directing more funding towards two-year degrees could have a positive impact on the economy, as illustrated in Hull’s report in which he states that a recent Michigan State University study showed that demand for workers with associate degrees increased by more than 30 percent, versus 3 percent for those with a bachelor's.

Ms. Rowan-Kenyon reminds viewers of the NSBA’s report, however, to remember that the number of degrees a country produces is not the only information that matters. The NSBA report neglects to disclose the educational quality of these degrees across different countries, and also does not discuss the types of degrees earned.

Regardless of the rankings, increasing the overall number of young adults with college degrees, whether two or four-year, may help boost the U.S.'s workforce and economy and help maintain a competitive labor market, Hull said. "If we make a significant effort at increasing the number of students with two-year degrees, yes we can move up in the rankings ... but the most important thing is the significant impact on our economy," he told The Huffington Post.

"Getting Back to the Top: An International Comparison of College Attainment, Where the U.S. Stands," centerforpubliceducation, December 2012, Jim Hull