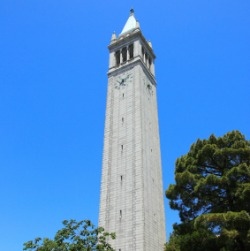 After six years of talks, reviews and revisions, the Academic Senate of the University of California passed an Open Access Policy last week that will make research articles by faculty from all 10 campuses available to the public completely free of charge.

According to UC Newsroom, faculty members at the University of California, the largest public research university in the world, receive about 8 percent of all research funding in the U.S. The new system-wide policy applies to more than 8,000 UC faculty members and as many as 40,000 publications a year. Richard A. Schneider, a professor in the Department of Orthopaedic Surgery and chair of the Committee on Library and Scholarly Communication at UCSF, pointed out that the initiative is a huge benefit as the 10 UC campuses produce approximately 2-3 percent of all peer-reviewed articles published in the world every year.

"…[T]his policy will make many of those articles freely available to anyone who is interested anywhere, whether they are colleagues, students or members of the general public," said Schneider in UC Newsroom.

The Chronicle of Higher Education reported that UC began exploring open access in the mid-2000s. A policy was proposed in 2006, but was stalled. Discussions started up again just a couple years ago. According to Ars Technica, the U.S. federal government has been a strong advocate of open access. Recently, the White House announced that all science research conducted through federal funding would be made public one year after its publication and the Obama Administration wants to extend that policy to all research published by federal agencies. Currently, 177 other universities have open access policies.

"The UC Systemwide adoption of an Open Access (OA) Policy represents a major leap forward for the global OA movement and a well-deserved return to taxpayers who will now finally be able to see first-hand the published byproducts of their deeply appreciated investments in research," said Schneider in the U.C. Newsroom press release.

The new policy will begin on November 1 with the Universities of California Los Angeles and Irvine. It will eventually be phased in to all UC campuses once problems, issues and concerns have been worked out. Articles will be available on eScholarship, UC's open access repository. Ars Technica noted, however, that work published before the policy's adoption will not be available on eScholarship.

While the policy seems beneficial for all involved, The Chronicle of Higher Education noted that some faculty might not be so enthusiastic. UC gives its faculty the option to opt out or have their research embargoed for a certain amount of time, which Michael B. Eisen, an associate professor of molecular and cell biology at the University of California Berkeley, speculated might be an indication that not all faculty were onboard with the policy.

"…The bad -- and it's a big bad -- is the waiver," said Eisen to The Chronicle of Higher Education. "I understand that the policy probably would not have passed without the waiver, but I think that shows that there really isn't such a strong backing for OA among UC faculty, as is being suggested."