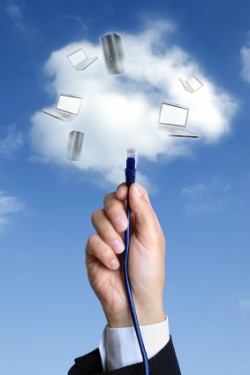 Google, the technology behemoth once known only for its search engine, has scored a coup at the University of California at Berkeley, which dumped Microsoft Office in favor of a Google system for on-campus email and scheduling.

Berkeley announced last month that it has chosen Google Apps over Microsoft's Office 365 to replace its home grown "CalMail" system, the on-campus email and scheduling solution that, according to the San Francisco Business Times, is no longer up to snuff. While the announcement itself is not particularly notable -- most colleges periodically re-evaluate their technology needs -- the fact that Berkeley publicly released a detailed comparison of the two explaining their decision is. According to eWeek, this level of transparency is unusual.

"We're a public university and want to be transparent about the decision," UC Berkeley CIO Shelton Waggener tells Wired.

While both Google Apps and Office 365 are billed as cloud collaboration suites providing browser-based communication and scheduling solutions, Berkeley's evaluation found some key differences. According to the report published on Berkeley's official website, an evaluation team lead by Gabriel Gonzalez of the Law School reviewed both productivity suites with a mind for: service improvement, cost, speed of deployment, accessibility, privacy, security and more.

Google Apps edged out Microsoft in a number of categories, including cost: Gmail and Google Calendar are free, an important consideration for a school struggling to save money. Google's solution also offered faster migration, better support and is more familiar to students and faculty.

But while Google Apps took the overall prize, it was not a shutout: The report found that Microsoft's calendar tools were superior, an important point for so-called calendar "power users," or the 5 percent of faculty and staff that account for more than 50 percent of the school's calendar use.

The report also found that Microsoft has a "clear edge" over Google in terms of security. Berkeley is not the first to note security concerns with Google Apps: According to eWeek, the Los Angeles Police Department announced just weeks before the Berkeley report was published that it would not implement the suite because it failed to meet federal criminal justice information security requirements.

Microsoft notes that while Berkeley has chosen Google Apps over Office 365, the school still uses Microsoft products like Windows on campus.

"Productivity is in our DNA," reads a statement from Microsoft, as reported by Wired. "This is a market we understand well and care about deeply. We're delivering the power and familiarity of Office as part of easily consumer cloud solutions that non competitor can match."

Berkeley says students and faculty can expect the transition to Google Apps to begin in this spring.