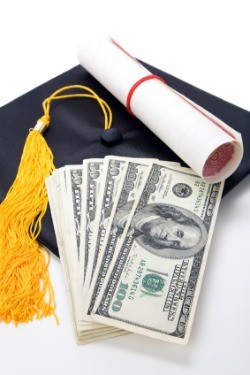 For families with an annual gross income between $80,000 and $140,000, the new initiative caps parents' annual contribution toward the total cost (including housing, books and other fees and expenses) at 15 percent of their earnings, reported the Los Angeles Times. The grants are expected to range from about $3,600 to $16,000 annually.

To qualify, families can't have more than $200,000 in assets other than their home and retirement savings. Further, the student receiving the aid must contribute $8,000 a year from summer earnings or loans or with the help of their parents.

For example, a family earning $100,000 annually would pay $15,000 at most for the parental portion; with the addition of the $8,000 student contribution, the student could receive about $9,600 in grants toward the total attendance costs.

UC Berkeley's current cost is about, on average, $32,634 a year for California students residing on campus, including $12,834 in tuition and fees, noted the UC Berkeley News Center. Nonresidents pay an extra $22,878 annually.

"As a public institution we feel strongly that we need to sustain and expand access across the socioeconomic spectrum," UC Berkeley Chancellor Robert Birgeneau was quoted as saying. "This plan is part of our commitment to ensuring that financial challenges do not prevent qualified students from attending one of the preeminent public universities in the nation."

The university estimates about 6,000 students in the undergraduate student body come from families with income in the $80,000 to $140,000 range. The gap between the top- and bottom-earning families is the widest it's been in 30 years, Public Policy Institute of California reports showed.

The Berkeley Middle Class Access Plan will first be applied for the 2012-2013 school year, for resident and nonresident undergraduates. It doesn't, however, cover the supplemental cost of nonresident tuition. International students aren't eligible.

The financial aid application process for that year starts in January. New and returning students whose families fall into the middle-income level should file a Free Application for Federal Student Aid, or FAFSA, to have their eligibility for Berkeley MCAP determined.

Announcement of the initiative, which is expected to cost $10 to $12 million a year, was surprising, The Chronicle of Higher Education noted, due to California's challenging and worsening financial situation. To help pay for it, however, the school plans to use expanded financial aid resources, donations and nonresident tuition revenue rather than state funds.

"The Berkeley MCAP program is necessary and completely consistent with everything we stand for as an institution," Birgeneau said to the UC Berkeley News Center. "...We will continue to do everything in our power to serve the greater good through steps to preserve the excellence and affordability of this university."