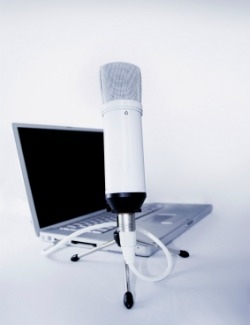 According to UC Berkeley News Center, as part of the university's On the Same Page program, linguistics professor Keith Johnson designed an experiment to analyze linguistic diversity within the incoming crop of new students. As the Los Angeles Times reported, the 5,800 Cal freshmen and transfer students have been asked to record their voices and accents online. One recording will be of students saying "Go Bears!" and five lengthy sentences in English. Another recording will be of students reading an arithmetic problem in their native language. Program administrators are expecting some 60 different languages to be submitted.

The voice samples, which are anonymous, will be attached to an interactive world map. Data will be used to analyze California accents and another part of the project will look at whether attending UC Berkeley homogenized students' accents or pushed them into speech subgroups. In order to determine this, students will be asked to record themselves again in two years and possibly again after four.

The program's website stated that "Berkeley has one of the most diverse, linguistically varied and sophisticated student bodies in the world." Indeed, program organizers told the Los Angeles Times that approximately 30 percent of incoming Cal students reported that English was their second language. This year's project theme, called the Voices of Berkeley, will not only explore the different aspects of various languages, but it will also help students get to know their peers.

Though most of the 300 students who have already submitted a recording seem to be taking the project seriously, a few have been less reliable, including one recording for a fake French accent. Officials are hoping to have at least 1,500 audio samples by the September orientation session.

According to the website, UC Berkeley's College of Letters & Science has done the On the Same Page program since 2006 to give incoming students something to think and talk about. While other colleges ask their students to participate in a community service project, executive director of the National Orientation Directors Association Joyce Holl told the Los Angeles Times that she does not know of any other institution that does anything similar.