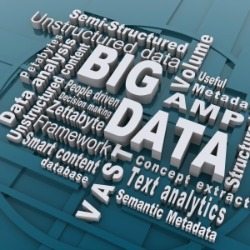 Nate Silver is, perhaps, the undisputed king of big data. In The New York Times, Margaret Sullivan writes that his "probability-based" way of looking at politics bucks convention. Sullivan suggests that Silver's data-driven world view is disruptive, although the writer has undeniable "star power." Big data expertise is considered a fairly hot commodity. A prominent California university has announced a new online master's degree program that could train future Silvers -- but at a tune of $60,000, it is not precisely cheap.

The School of Information at the University of California, Berkeley, has created an online master's degree in information and data science, reports San Francisco Business Times. The new program is touted as the first of its kind, consisting of 27 units in math, programming, statistics and other pertinent subjects. Students need to spend one week on campus, but the rest of the course work is offered online through 2U, Inc.'s web-based platform, according to a UC Berkeley press release, which adds that the program was created to curb a "national shortage of data scientists."

"This new degree program is in response to a dramatically growing need for well-trained big-data professionals who can organize, analyze and interpret the deluge of often messy and unorganized data available from the web, sensor networks, mobile devices and elsewhere," AnnaLee Saxenian, dean of the I School, said in the school's press release.

Wired reports that in the last few years, big names like Nate Silver and Paul DePodesto, inspiration for the movie Moneyball, have generated a great deal of demand for those "steeped in the ways of data science." According to the UC Berkeley press release, a 2011 report from the McKinsey Institute projected that by 2018, the U.S. may face a shortage of up to 190,000 workers and 1.5 million managers and analysts who know how to use big data to make critical business decisions.

"We are awash with data, but the expertise to analyze and exploit that data is in short supply. The mission of the MIDS degree is to provide that expertise," Hal Varian, a professor emeritus at the I School and chief economist with Google, said in the UC Berkeley press release.

Wired notes that the program, which would probably take from 12 to 20 months, has a price tag of $60,000. Berkeley estimates that "entry-level" data scientists in the San Francisco Bay Area can earn between $110,000 and $130,000 a year, but according to Wired, there is no guarantee students with graduate degrees in data science would land those positions, and in fact, a 2011 EMC survey found that only 40 percent of data scientists had a master's degree or better. Silver and DePodesta have bachelor's degrees, reports Wired.

Nonetheless, Wired suggests that the program could be an important means of getting more qualified workers into the field.

"Nate Silver Went Against the Grain for Some at The Times," nytimes.com, July 22, 2013, Margaret Sullivan