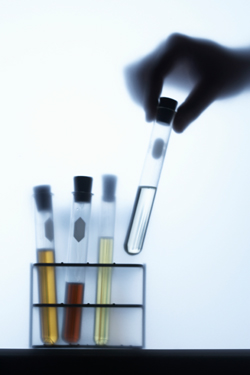 "Bring Your Genes to Cal", a genetic testing project by the University of California Berkeley, was meant to be an educational tool for incoming freshmen on personalized medicine, but has turned into education for the university on the politics and policy of medical testing, reported SF Gate.

The project is part of an annual exercise in which the university involves new students in a common educational experience. This year's theme was personalized medicine. The Chronicle of Higher Education added that Mark Schlissel, dean of biological sciences, said he hoped the project would spark students' interests for science.

Incoming freshmen received testing kits in the mail and were given the option to voluntarily submit DNA samples that the university would then screen for metabolism of folate, tolerance of lactose and metabolism of alcohol. Students were to be given their individual analyses, but after a Department of Public Health ruling, the university will only present aggregated information.

According to the Department of Public Health, because students were supposed to receive individual genetic results, the school's laboratory conducting the testing must be licensed or testing must take place in certified laboratories for reliability and accuracy.

Inside Higher Ed reported that UC Berkeley had looked into 12 other laboratories and found that it would be five times more expensive to have them involved in the project. Additionally, most labs declined to test "just a handful of genetic variants" and requested the school provide a larger sample that would include genes with medical significance, which Jasper Rine, UC Berkeley professor of genetics, genomics and development, said would be inappropriate since the project was only an educational exercise.

According to The Chronicle of Higher Education, Schlissel and other science professors argued that the project should not have been subject to the regulation as it was only for educational purposes. Furthermore, the genes to be tested are innocuous and have no known connection to a disease. Students also were not going to be given any medical diagnoses.

Critics of the project primarily had privacy and ethical concerns, reported The Daily Californian. Lee Tien, a senior staff attorney with the Electronic Frontier Foundation, pointed out that incoming freshmen lack the level of experience necessary to participate in such a project. Tien stated that freshmen students may feel forced to participate in something they do not fully understand. Hank Greely, director of the Center for Law and the Biosciences at Stanford University where a similar testing program is taking place for medical students, noted that if students had received individual test results, they could have misinterpreted the information and made misinformed health decisions.

Jeremy Gruber, president of the council for Responsible Genetics, told Inside Higher Ed, "The university didn't do its homework. The university was caught with not having sufficiently reviewed the regulatory environment to even understand what would be required to process the DNA samples."

According to SF Gate, although Schlissel disagreed with the department's decision, the university will continue with its research, but will no longer give students access to their personal results, which Arthur Caplan, director of the Center for Bioethics at the University of Pennsylvania, told Inside Higher Ed, is still effective. "It's less sexy, but it's interesting," Caplan said.

Schlissel also noted that the controversy may have been beneficial as it encourages broader discussions. "It opens up a whole lot of questions," he said. "Who has the authority to tell an individual what they're allowed to know about themselves?"