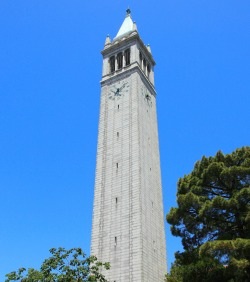 On Tuesday, the University of California Berkeley announced it received a $1 million grant to fund scholarships specifically for undocumented students.

According to UC Berkeley News Center, the donation came from the Evelyn and Walter Haas, Jr. Fund and is the single-largest gift of its kind to a U.S. university. The grant will help some 200 undocumented Cal students from 20 different countries who currently qualify. Additionally, officials told the Los Angeles Times that starting next fall approximately 100 students a year would benefit from the donation, receiving annual grants of $4,000 to $6,000 until funds run out.

Because undocumented students are ineligible to receive federal grants or loans and cannot legally work to earn money, many struggle to cover tuition, textbooks and living expenses. Most end up having to drop out because they cannot keep up with costs.

UC Berkeley Chancellor Robert J. Birgeneau noted that the donation was inspired by a dinner he hosted a year ago. A number of undocumented students were invited as well as Haas family members and other UC donors. The students told their stories and talked about their experiences at UC, which impressed the guests and eventually resulted in donations without direct solicitation.

“The individual stories of these students are so compelling,” said Birgeneau to the Los Angeles Times.

“These motivated, hardworking and inspiring students are an asset to our state and our country,” he expressed to UC Berkeley News Center. “We are proud to partner with UC Berkeley.”

Elise Haas, granddaughter of the fund’s founders, also donated an additional $300,000, which will go towards support services for undocumented students. These services include numerous academic and legal resources, a textbook lending library and mental health services.

However, according to NPR, the announcement has sparked some criticism.

“It’s outrageous. I mean, there’s no legal violation or anything like that, but it’s unethical,” said Mark Krikorian, executive director of the Center for Immigration Studies, to NPR.

Despite some backlash, however, NPR noted that since the $1 million grant, other private donors have followed suit, donating significant gifts specifically for undocumented students.