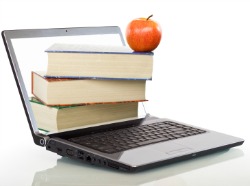 Despite spending millions of dollars on online course offerings, the University of California failed to attract non-UC students for enrollment in its online classes, reported the Associated Press.

According to SFGate, UC premiered 14 carefully crafted online courses last year, but so far just one person outside of the UC system signed up—a high school student who paid $1,400 to take an online precalculus course at UC Irvine for four units of credit. Approximately 1,700 UC students, however, have enrolled.

UC began exploring online education in 2010 as a way to cope with significant reductions in state funding. SFGate reported that UC took out a $6.9 million loan and spent more than $5 million on the project; most of the money, however, went towards marketing the new online initiative.

UC had high hopes for its online offerings. The loan must be paid back in seven years and the 10-campus system had expected it would be able to sell some 7,000 courses to non-UC students for $1,400 or $2,400 per course, depending on the duration of the class. Many had expected students from China to jump at the opportunity, but few have shown interest.

As VentureBeat pointed out, UC is up against stiff competition. Just as UC was developing its online courses, other prestigious universities began offering their popular classes for free through MOOC providers such as Coursera, edX and Udacity. In the past year, MOOCs have gained tremendous popularity and have created a lot of media buzz. Furthermore, given the fact that UC is offering its online courses for more than $1,000, it is no surprise that many students have opted to take a MOOC for free, especially as some providers have discussed offering degree credit for some courses.

According to Inside Higher Ed, however, a recent Babson survey on online education showed that many academic officials are still skeptical of MOOCs. Those surveyed were divided when asked if they thought MOOCs were a sustainable way to offer courses. More were in widespread support of using MOOCs to teach traditional institutions about methods of online learning.

SFGate reported that, as a result of the unexpected lack of outside enrollment, UC leaders said they would focus the online initiative on current UC students, helping them get the classes they need so that they can graduate early or on time. UC already offers 250 undergraduate and graduate classes online to enrolled students.