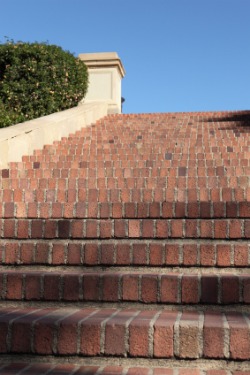 Already stretched University of California (UC) students are likely to face even more fee hikes and service cuts as a result of the state's budget woes.

The Contra Costa Times reports that UC regents called a meeting at UC San Francisco Wednesday following news that the system will likely face a $1.5 billion budget gap over the next several years even under the best circumstances. While the regents discussed a number of potential solutions to the problem, only a combination of funding cuts and tuition hikes would make a significant impact.

According to the Los Angeles Times, the meeting follows Gov. Jerry Brown's announcement that $500 million would be cut from the UC's budget, and that the amount could double if his plan for a public vote on a ballot measure extending temporary taxes fails."We have to talk candidly, bluntly about the need for new taxes," said UC Reagent Tom Torkalson, noting that Californians "have more to give, more to invest" reports the Contra Costa Times.

UC President Mark Yudof told the reagents that they "have a real crisis now" and that "we cannot engage in wishful thinking," reports the San Francisco Chronicle.

UC Santa Cruz Chancellor George Blumenthal told the Board that reduced class offerings and staff layoffs were already on the horizon, and that it will be difficult for students to graduate on time reports the Los Angeles Times. "The painful truth is that we are at the point of compromising educational quality," said Blumenthol.

Tuition hikes are nothing new for UC students, who already paid 32 percent more this year and face an additional 8 percent increase in fall.

"Regents cannot accept the $1.4 billion cut to higher education as a given," said UC Berkeley Chancellor Robert Birgeneau, noting that universities need to fight hard to prevent the proposed cuts. "Higher education matters too much to this state" as reported in the Contra Costa Times.

According to the Los Angeles Times, Regent Eddie Island agreed, saying that the board should not act precipitously and that the state economy could recover in the next few years. "We must not take actions that will essentially destroy the very thing we are trying to save."

The San Francisco Chroncile reports that other regents, like Regent Dick Blum, feel that tuition increases and budget cuts are the only way out of the UC system's financial crisis. "Before you lynch me, hear me out," said Blum. "There is a way out of this problem: higher tuition and higher amounts of scholarship money."

Despite the impact the failure of Gov. Brown's ballot measure would have on UC funding, the Board of Regents has declined taking an official position on the matter since it is unclear how much of the revenue would make its way to the UC system.

"Right now there's no clarity about what tangible benefit there would be to the UC - just that it could get worse if it doesn't pass," said Chariman Russell Gould.