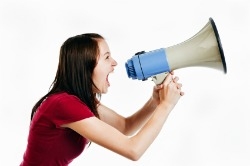 More than 100 students tried to catch the attention of legislators meeting at the University of Central Florida last Thursday regarding issues of education cuts and increasing tuition, according to the KnightNews. The students there were also concerned about cuts to a scholarship program and changes to a bill that could affect their vote.

The legislators met to discuss job-generation and ideas for making the area more business friendly, according to the Orlando Sentinel. UCF's president was even in attendance and was said to promote the increasing number of students entering the high-demand fields of computer science and engineering at the school, as well as UCF's business-incubator programs. Windermere Mayor Gary Bruhn was also in attendance and said to be a panelist in the discussion about Florida's business environment, according to the Central Florida Future.

"It's very important that our students get involved in the democratic process and the fact that they're out here making their voices heard is very important," said Bruhn to the Central Florida Future. "It's a very difficult time not just for students but also for me as mayor of the local government because the experience they have with no jobs is the same thing that's impacting our local government."

"This event is tailored to the direct concerns that students are facing in regards to our legislature," he said. "Last session, they passed a voter-suppression bill. We had tuition rates go up 15 percent and we continually see cuts to [the scholarship program] Bright Futures, so [we are] targeting the state legislature and specifically the legislative cycle which begins in January."

Protesters, however, did not interfere with the meeting, reported the Orlando Sentinel. UCF officials are expected to meet next week to consider increasing fees for parking and student housing.

According to Central Florida Future, some were dismayed about the lack of clarity in the protester's goals. Charles Lacey, mayor of Winter Springs, even played down the impact of the protester presence.

"Whether [this protest] is productive or not is the real question," he was quoted as saying. "And it's very counterproductive to their goals. If they could enunciate their goals, which I doubt, I'm sure it will have no influence on panelists because they'll recognize [them] as not being well thought-out."

"Rise Up UCF: An On-Campus Protest By The Students For The Students," knightnews.com, December 1, 2011, Jacob Sadowsky