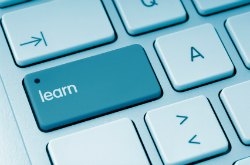 Undocumented immigrants can look to a new online program offered through the UCLA Center for Labor Research and Education and National Labor College as a way to pursue higher education.

The program, called the National Dream University, is geared toward undocumented immigrants, but will also be open to U.S. citizens, according to The Daily Californian. The program will be a year long and will offer students a nationally-accredited immigration and labor studies certificate. According to Inside Higher Ed, students will take two courses in the spring, summer and fall semesters. Five of the six courses will be taught by UCLA; one course will be taught by the NLC.

The point of the program is to make education more affordable for undocumented immigrants, according to Project Coordinator Alma Castrejon, who was quoted in The Daily Californian.

"There are students that are being barred from accessing college or university classes, or there's just no opportunities for them," Castrejon said. "Our main goal is to make higher education accessible to students who cannot otherwise access any form of higher education."

This is one reason why the cost of the program will be $2,490 -- a price that The Daily Californian points out is less than the annual average in-state tuition at a public university in 2009-10. Still, according to Inside Higher Ed, UCLA labor center director Kent Wong hopes that enough money will be raised by the start of the new year to help subsidize tuition.

The courses will be entirely online, but the program starts with a multi-day seminar at the Maritime Institute of Training and Graduate Studies in Maryland. Students are expected to pay for their transportation there, but room and board will be covered by the university.

As The Huffington Post reports, planners hope that National Dream University will one day expand to offer associate and bachelor's degrees. NDU credits, however, can go towards a degree at the National Labor College.

According to The Daily Californian, applicants to the program must have graduated from a U.S. high school with a minimum 2.7 GPA and show some kind of previous involvement in causes related to immigration or labor rights. Applications for the 2013 program must be submitted by October 5. NDU hopes 30 to 35 students will take part next year.

Wong would like NDU to be an impetus for higher education staff to speak out.

"I hope that this will encourage other faculty to get involved in ways to pressure their states and pressure the federal government to make changes so that these young people can receive the access to higher education which they need and which they deserve," he said in Inside Higher Ed.