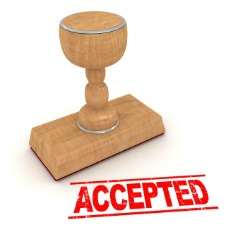 The University of California, Los Angeles mistakenly sent out acceptance e-mails to 894 prospective, waitlisted students. The university subsequently issued a followup e-mail, informing those students that they hadn't been admitted and apologizing for the error.

"We realize this is a particularly anxious and stressful time for students and their families as they try to make decisions about college admissions," Campus Spokesman Ricardo Vazquez told the Los Angeles Times. "We sincerely apologize for this mistake that may have led some of them to think they were admitted when they remain on the waiting lists."

The erroneous sentence in the original e-mail read: "Once again congratulations on your admission to UCLA, we hope that this information will assist you in making your decision to join the Bruin Family in the fall." When waitlisted students logged onto the financial aid site included in the email, they discovered that they had not yet been admitted to the school. The school discovered the mistake when students called and inquired about whether or not they had been admitted.

This is the first time UCLA has had a wait list, which, currently, contains 2,900 applicants, The Washington Post reported.

Robert Pugsley, professor of law at Southwestern Law School, stated that UCLA can't be held liable legally because it quickly caught the mistake and apologized.

Other colleges and universities have made similar errors in the past. Among others, Vassar College mistakenly accepted 76 people earlier this year. In 2009, the University of California, San Diego, sent letters of acceptance to 28,000 applicants who had actually been turned down, according to the L.A. Times.

Snafus like these are more likely to occur today, as the Internet is used for correspondence, than 10 to 20 years ago, when the use of snail mail predominated. Today, admissions offices, often understaffed, are managing more applications than ever, along with long e-mail listservs that connect students with information from several departments.

"Colleges are complex places, database-wise -- many systems, interconnected, with several points of contact along the way. Some systems and functional areas talk easily with one another, others, less so," J.D. Ross, communications director for the School of Information Studies at Syracuse University, told The Christian Science Monitor.

Experts mentioned that because these incidents can and do occur, students should double check that they in fact have been accepted before ruling out their other school choices.

"Given budget cuts and hiring freezers, it's amazing we don't see this more often," said John Briggs, community director of RSC, an online college preparatory service. "What it indicates is that students need to review every piece of paper they get from a college." He also said that he believes accidental acceptance letters are annual occurrences that are likely to increase.

"Lesson In UCLA Error: Make Sure That Acceptance Letter is for Real," CSMonitor.com, April 11, 2012, Daniel B. Wood