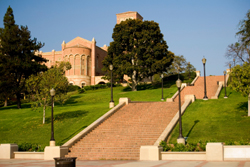 According to a press release, the University of California Los Angeles, will receive a $200 million gift from a private foundation for medical research, academic programs and charitable projects around the country. The gift comes at a time when the University of California system has been struggling with budget cuts of $500 million, noted Bloomberg.

As reported in the press release, the $200 million gift is a transfer of assets from Kirk Kerkorian, founder of The Lincy Foundation and a billionaire investor in Las Vegas casinos and resorts. The foundation is transferring all of its assets and charitable programs to UCLA for the formation of the Dream Fund. Once the asset transfer is approved by the California attorney general, The Lincy Foundation will end operations. The foundation began in 1989 and has given more than $1 billion in gifts to schools, hospitals, scientific organizations and other charitable endeavors.

The Chronicle of Higher Education reported that the Dream Fund will be managed by the UCLA Foundation. A committee consisting of people from inside and outside the school will review grant proposals and advise the university on where to give. Organizations that work to solve societal problems will be given preference. Bloomberg added that most of the proceeds will go to UCLA, most likely for scholarships, faculty and research, while the rest will be spent around the United States.

"What's great about a gift of this nature is that it's flexible, but it wouldn't go into basic operating funds," said Rhea Turteltaub, vice chancellor of external affairs at UCLA, to Bloomberg. "This isn't budgetary replacement money."

Furthermore, as noted in the press release, campus officials will adjust the Dream Fund to the evolving needs of society. UCLA also hopes that the Dream Fund will encourage other private foundations, individuals and businesses to donate to the institution.

According to Bloomberg, UCLA Chancellor Gene Block said in a statement, "The UCLA Foundation and the entire UCLA community are grateful for a magnificent act of support by a private foundation. Mr. Kerkorian and The Lincy Foundation have a long history of major charitable giving, and the UCLA Foundation is honored to have been entrusted to continue their mission."

Less than a month ago, the university had received $100 million from Meyer and Renee Luskin, an alumni couple, for the School of Public Affairs. The Luskin's gift will also go towards a conference center.