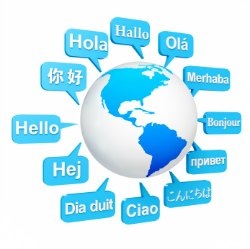 Just days after online education startup Udacity made headlines for raising $15 million in funding, the company announced plans to go international through a partnership with open source translating service Amara.

As reported by Technapex, Udacity has partnered with Amara to translate and provide subtitles for its more than 5,000 educational videos. In addition to being able to reach an international audience, these captions should also make Udacity's content more accessible to deaf and hearing-impaired students.

"We believe education is a basic human right," said Sebastian Thrun, CEO and Co-Founder of Udacity in Forbes. "We have a passionate and growing international student community. We hope that by engaging our users with Amara's platform, we can make our content more accessible by adapting to our international population's languages. That is ultimately the core purpose of Udacity. We want to democratize education by broadening access"

Forbes noted that a majority--90 percent--of Udacity's videos already has at least one subtitle and the most popular videos have been translated into at least 10 different languages. Still, that is not enough to meet the demands of a global audience. TED, for example, uses Amara and more than 11,000 volunteer translators to translate every talk into more than 40 languages. According to GigaOM, in addition to TED, Amara also has partnerships with other online education platforms, including Coursera and Khan Academy.

As pointed out in Forbes, although translating video content is harder and can be expensive, it is a wise investment. According to Common Sense Advisory's research, video content needs to be translated into at least 12 languages in order to reach an 80 percent threshold.

"Video is the central medium that allows online education to flourish globally. But, video is harder and more expensive to translate and is not as searchable as text. That's where Amara comes in," explained Nicholas Reville, CEO of Amara, to Forbes.

Reville told GigaOM in an email that he expects thousands of volunteers to take on the task of translating Udacity's content. More than 68,000 volunteers have already subtitled more than 200,000 videos in more than 100 languages across the online education space.