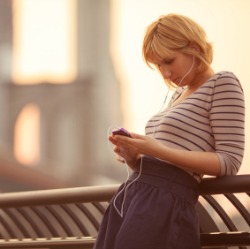 The world's largest marketplace for online courses, Udemy, made the full transition to mobile this week by announcing the release of its much anticipated Android app. The Android app, which follows behind the iPhone app released last year, will allow students around the globe access to the 10,000 courses currently available on the online learning platform. As Venture Beat noted, students who take advantage of Udemy's offerings can choose from a wide range of topics of study, with courses available in nearly everything from computer software application to foreign languages. Company CEO Dennis Yang believes that Udemy's expansion will only benefit learners.

"We believe accelerating smartphone adoption creates infinite learning opportunities around the world. Our Android app offers millions more people the freedom to build skills and learn on their own terms, even without access to a computer," says Dennis Yang, president and COO of Udemy in a press release. "Our suite of mobile apps puts us closer than ever to realizing our vision that anyone, anywhere can learn anything."

Once students get the hang of the new android app, they'll be able to watch video lectures, slide shows, and screencasts, as well as sync their progress among mobile and desktop platforms. They'll also be able to download content that they can study offline at a later time which could be especially useful to students who may not always have access to the internet.

Yang has also mentioned future plans to expand to other languages, which could include a feature on the app that allows teachers to upload videos in their native language.

"That could be something in the long term -- people using their devices to help create content," Yang said. "If you could create a good publishing tool that ties into your platform."

The launch of Udemy's android app shouldn't come as a surprise to those who have been keeping a watchful eye on the expansion of online education and MOOCs. As Gigaom pointed out, the Udemy iOS app has already been downloaded 1 million times and 20 percent of their users currently access courses through mobile. However, as Udemy continues to grow into a global leader in online education, an Android app may have been an inevitable necessity. That's because, as Yang explained, many overseas students do not have access to a desktop computer.

"The other piece continues to be that we're seeing greater and greater uptake for users outside the U.S," Yang said to Gigaom. "They only experience the internet through an Android device."

Udemy is an online education marketplace that currently boasts over 6,000 instructors and 1 million students. Currently, courses can be accessed through traditional online means, and Android, iPhone, and iPad apps. Harnessing the power of mobile, Udemy hopes to to expand its educational offerings and break down the educational barriers that have historically kept higher education out of reach for students in many international locations.