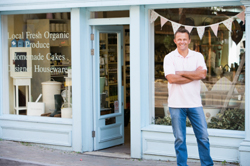 A recent report showed that more Americans opted to start their own business during the Great Recession.

According to a press release, the report from the Ewing Marion Kauffman Foundation showed that 340 of every 100,000 adults started a business per month in 2010, which is the equivalent of 565,000 startups a month. That number is consistent with 2009 and is the highest rate of entrepreneurship in 15 years. The increase in startup activity suggests that the high unemployment rate and lack of job opportunities forced people to look for alternatives.

"Individuals are starting businesses partly out of desperation," said Robert W. Fairlie, author of the report and professor of economics at the University of California Santa Cruz, as quoted by CNN Money.

Indeed, the report noted that the rate of business creation has been on the rise since 2006. However, although more businesses have been popping up, owners have not created more job opportunities. In fact, the percent of Americans who created businesses with employees has been falling since 2007.

"Far too many founders are choosing jobless entrepreneurship, preferring to remain self-employed or to avoid assuming the economic responsibility of hiring employees," said Carl Schramm, president and CEO of the Kauffman Foundation, in a written statement. Schramm speculated that if this trend continued, it would have short- and long-term effects on economic growth and job creation.

The "Kauffman Index of Entrepreneurial Activity" report is the only national measure of business creation that is segmented by specific demographics, noted the press release. As mentioned, overall business creation is at a 15 year high; most of that increase is fueled by immigrant entrepreneurship. According to The Wall Street Journal, the percentage of immigrants who created a business is 13.4 percent higher than in 1996. As reported in the press release, from just 2009 to 2010, immigrant entrepreneurship activity increased from 0.51 percent to 0.62 percent. Most of the increase comes from Latino business-creation as well as Asian entrepreneurship.

In terms of region, the top five states with the highest startup activity included Nevada, Georgia, California, Louisiana and Colorado. Among the 15 largest metropolitan statistical areas (MSAs) in the U.S., Los Angeles had the highest startup rate.