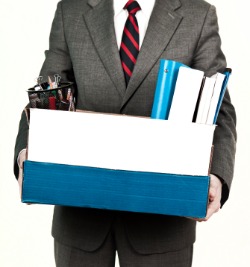 As the economy gradually climbs its way out of the lingering recession, the national unemployment rate dropped from 9.8 percent to 9.4 percent in December, according to a government report.

The sharp drop marks the most significant one-month decrease since 1998 and the lowest unemployment rate in 19 months, The Washington Post reported. Economists warn, however, that the dip merely reflects rising numbers of discouraged workers--individuals who, after searching for a job, give up and drop out of the labor force. Even though 297,000 more people reported being employed, about 260,000 people left the job market completely. The federal government counts out-of-work individuals only if they are actively looking for a job.

"Half the decline [in the unemployment rate], yes, was people getting jobs," John Silvia, chief economist for Wells Fargo, told US News & World Report. "The other half was people dropping out [of the labor force]. That dropping out is very discouraging."

President Barack Obama responded to the new figures with caution, though reminding Americans that the economy is well on the road to recovery, The Washington Post reported.

"We know these numbers can bounce around from month to month, but the trend is clear," President Obama said. "We saw 12 straight months of private-sector job growth. That's the first time that's been true since 2006."

According to US News & World Report, although the dip in the unemployment rate gives economists a reason to be optimistic, the government report was also accompanied by discouraging figures in job creation for December. Payroll processing firm ADP estimated that private employers would create 297,000 new jobs for the month, but government figures showed payroll gains of just 113,000.

"[The report] suggests we are only seeing a slowdown in layoffs, not yet a material pickup in hiring," said Kathy Bostjancic, director for macroeconomic analysis for The Conference Board, a research association.

Overall, the economy added 1.1 million jobs in 2010, the best year for hiring since 2007, CNN Money noted. Job growth is still on the rise, with an average of 128,000 jobs a month added in the last quarter of the year.

"The message here is, we are seeing improvement, and it's a report that hints at more future strength," said economist Robert Brusca of FAO Economics. "The glass may only be half full, but it is at least half full."