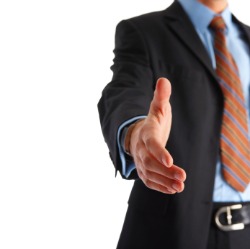 The sharp drop in the US unemployment rate this month indicates that employers will begin hiring in greater numbers, according to a monthly government jobs report.

The jobless rate unexpectedly dropped by 0.4 percentage points in January for a second month, falling to nine percent, the lowest level since April 2009, Bloomberg Businessweek reported. The Labor Department's survey of households showed that employment rose by 589,000, outstripping the paltry 36,000 increase in payrolls reported by the government's separate poll of employers.

"The household survey has a history of leading payrolls in a recovery, so we're setting ourselves up for a pretty strong improvement in payrolls," said Stephen Stanley, chief economist at Pierpont Securities LLC. "The numbers that look weak on the surface now will turn more robust by the March-April-May period. There's ample evidence that firms are getting more comfortable about adding workers."

Economists say the economy is gathering momentum, as the drop in the unemployment rate will likely result in improved job growth during the upcoming months. Gains in income-tax receipts and the decline in claims for jobless benefits confirm the optimistic outlook of analysts, said Dean Maki, chief US economist at Barclays Capital Inc.

"The unemployment rate has tended to be a more trustworthy measure over time," Maki said. "Job growth is likely stronger than recent payroll numbers have printed. The payrolls tended to undercount job losses in recessions, but also undercount job gains when the labor market picks up."

The glaring discrepancy between payroll numbers and the dip in the unemployment rate can be explained by several factors, CNN Money noted. For one, exceptionally bad weather prevented 886,000 workers who held a job from getting to work, the Labor Department estimated. These snow days meant that fewer payrolls were counted during closed business hours.

In addition, part of the reason the jobless rate fell to nine percent in January is because of a large increase in people no longer counted as part of the work force. Typically, when workers leave the labor force, it is because people become discouraged and stop looking for work. However, the number of discouraged job seekers also fell this month, which points to another issue. January represents a difficult time for analysts to tally figures because the Labor Department adjusts the population numbers it uses each year.

"January is always a difficult month for estimating seasonal factors, and it was much worse this month," said Lakshman Achuthan, managing director of Economic Cycle Research Institute.

Other experts support the belief that the unusually large rate drop was more of a statistical fluke than substantive gains in hiring, The Los Angeles Times reported.

"I'm impressed to see the unemployment rate go down to 9, but I just don't think it's real and will stay there," said Dean Baker, co-director of the Center for Economic Policy Research.