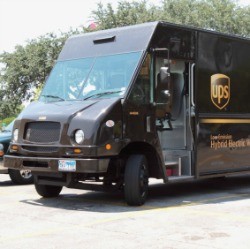 United Parcel Service Inc. plans to eliminate health benefits for thousands of spouses of its non-union, U.S. employees starting January 1, 2014. Spouses to be affected are ones who work and could obtain health insurance coverage through their own employers, Kaiser Health News reported. Atlanta-based UPS will drop about 15,000 spouses from its health plan, saving about $60 million per year.

The country's fourth-largest employer blames in part the corporate requirements dictated by the health care reform law for this cutback. It specifically cites its mandatory, per-insured, $2 research fee and one-time $63 charge aimed at cushioning the cost of covering people with pre-existing conditions. Other contributors are the act's requirement to cover dependent children up to age 26 and its ban on limiting yearly and lifetime coverage. Further, UPS' health plan likely will see some workers who'd formerly opted out enroll due to the law's mandating all individuals have coverage.

Increasing medical costs "combined with the costs associated with the Affordable Care Act, have made it increasingly difficult to continue providing the same level of health care benefits to our employees at an affordable cost," UPS wrote in a memo to employees.

The Obama administration wouldn't comment on UPS' plan, but Joanne Peters, a spokeswoman for the U.S. Department of Health and Human Services, said, "Since the Affordable Care Act became law, health-care costs have been slowing and premiums are increasing by the lowest rates in years."

Last year 6 percent of U.S. employers with at least 500 workers removed spouses from their health insurance plans, double that of 2008, Bloomberg noted. Another 6 percent charged workers a fee for insuring their spouses. UPS' move may indicate a growing trend, as the act is estimated to increase business expenses by 2 to 4 percent in 2014.

"Is it a harbinger of things to come? Possibly," said Paul Fronstin, a director at the Washington-based Employee Benefit Research Institute. "Once a major employer like UPS takes a step, all of the others will at least start looking at it."

UPS said many other large companies already have considered it, and several plan to cut working spouse benefits next year, according to The Wall Street Journal. It discovered this prior to its recent decision when analyzing several other corporation's health care plans.

"Employers are really taking a harder look at costs, and things they may have never considered before, they are now," said Julie Stich, director of research at the International Foundation of Employee Benefit Plans, a nonprofit research organization focused on employee benefits and compensation.