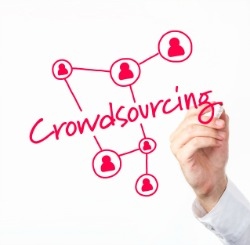 Dunk tanks. Twenty-four hour magic shows. Big name celebrities, like Jamie Foxx and David Spade. What may sound like an eccentric red carpet benefit gala or a dare gone wrong is actually the University of California's latest attempt to support more low-income students in the face of soaring tuition and student debt. It is also, perhaps, the first educational social media crowdfunding experiment sponsored by a major university.

Last week the UC system launched a new initiative called Promise for Education. According to The Huffington Post, this unique, six-week social media campaign allows low-income students to come up with a personal promise they will carry out if they meet a fundraising goal. Those funds, in turn, serve as educational scholarships. In other words, students can crowdfund at least some of their college costs through public pledges. As of this weekend, promises -- which might include wearing a costume every day for a week or composing a grand piece of music -- raised nearly $850,000.

"We've established this program to ensure UC's doors continue to remain open to the next generation's leaders and to underscore the role we all play in helping young people achieve their aspirations and in advancing California's culture of innovation and civic engagement," Daniel M. Dooley, UC systemwide senior vice president for external relations, said in a recent UC Board of Regents meeting, as reported in a PR Newswire release. He said the UC system has "a duty" to make quality education accessible to all Californians.

According to the Promise for Education website, the University of California enrolls more low-income students than "any other top-flight U.S. University" in the nation, but deep budget cuts and skyrocketing tuition has left needier students without the financial support they need to complete their educations. UC funding was cut by about $900 million in the last five years, reports The Huffington Post, and last year, for the first time ever, students covered more of the cost of their public educations than the State.This new program aims to cushion this decline through public support in a different form.

"(The crowdfunding aspect) reaffirms that the UCs are schools for the public and are sponsored for everyday people like you and me," UCLA graduate Angela Sanchez told The Huffington Post. Sanchez, a magician, promised to put on a 24-hour magic show, citing UC support as she studies the history of magic.

Promise for Education was created in partnership with a creative agency called "noise," notes the press release, and has a number of corporate sponsers, including Facebook, Bank of America and Spotify. Several celebrities have also agreed to appear in public service announcements or create promises of their own.

All the funds raised through the Promise for Education initiative will directly fund financial aid scholarships to in-state undergraduate students who demonstrate financial need. The scholarships will be in addition to any other aid students are eligible to receive through UC's traditional financial aid programs.