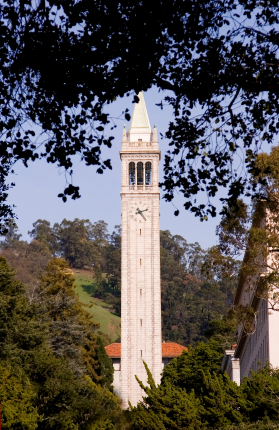 The University of California will create a waiting list for admitting freshmen for the first time in its history, but wait-listed students are being advised not to hold their breath.

"The university currently enrolls more than 15,000 students for whom it receives no state funding," explained UC Director of Admissions Susan Wilbur in a press release. "New enrollment must be carefully managed to enable campuses to reach their enrollment targets with greater precision while still offering a space to as many deserving students as possible."

The lists will be used by at least six of UC's nine undergraduate campuses, but UCLA and UC Merced will not. UC Berkeley has yet to decide whether it will use the waitlist system. The Cal State system also announced that it would expand its use of freshman waiting lists this year.

Wilbur told the LA times last month that it was too early to estimate how big the waiting lists would be. Additionally, managing the lists could be tricky because applicants could be on several UC waiting lists or get accepted by one campus and wait-listed by another. But ultimately, the lists would allow more flexibility for the universities as they cope with uncertain state funding.

Admission counselors worried, however, that waiting lists will just increase stress for high school seniors. "It is such a tumultuous year for our kids already, with the budget cuts and announcements that UC and Cal State will be accepting fewer students," said Natalie Hamilton, a counselor at Northwood High School in Irvine, who was quoted by the Los Angeles Times. "So to add the waiting lists right now feels so unstable, so unfair to the kids."

She voiced concern that being wait-listed will give students false hopes so that they may not consider accepting admission offers to other institutions. "They need to be able to move on," Hamilton said, "and focus on the positive."

Brandi Bakewell, a counselor at the Los Angeles Center for Enriched Studies who was also interviewed by the LA Times, agreed. She recommended that students to "go for the sure thing" and send a deposit to the school that accepted them regardless of whether they were placed on waiting lists elsewhere.

Jason Katz, a college counselor who wrote a column for San Jose Mercury News, pointed out that according to a study by the National Association for College Admission Counseling, only about 29 percent of wait-listed students ultimately get admitted. "Therefore," he said, "applying to some 'safety' schools--and hopefully avoiding the increasing uncertainty associated with wait-lists--is probably a better idea than ever before."