University Of California Faculty And Staff To Receive Merit Raises 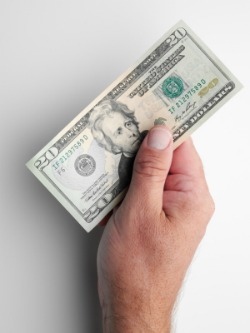 After not receiving salary increases and enduring pay cuts for almost four years, University of California faculty and non-unionized employees will be eligible for merit raises this year.

Under the one-year plan, which was announced by UC officials on Wednesday, all faculty members and non-represented staff members who earn less than $200,000 will receive a three percent raise, provided that they receive a good performance review, reported the Los Angeles Times. Some 78,000 employees will be eligible, while about 400 will be excluded. According to UC Berkeley News Center, those that are ineligible for the raise include senior management who earn more than $200,000 annually as well as staff who joined the University after January 1, 2011 or who recently received pay adjustments as a result of promotions. As part of negotiated contracts, union workers will also be ineligible, as they have received regular pay increases.

Plans for the merit program began in November, when the Board of Regents voted to recreate a pool for merit raises as part of the UC's 2011-12 budget. As President Yudof wrote in a letter, "Fairness dictates that we take this step." Yudof noted that the raises were necessary in order to recruit and retain faculty. As the Los Angeles Times reported, UC San Diego recently lost three of their top scientists to Rice University.

"As I have said on many occasions, University quality cannot be compromised, and our excellent professors and researchers are the fountainhead of that quality," wrote Yudof.

Yudof also noted that he wanted to show appreciation for staff members, as they have worked longer hours while also enduring frozen salaries and pay cuts during UC's financial crisis. Though some employees earn close to $200,000, about two-thirds earn less than $80,000 a year, reported the Los Angeles Times.

UC spokesperson Steve Montiel said that the $164 million that is required to cover pay increases--as well as extra costs for pensions and health benefits--will be paid for by state funds, student tuition, hospital revenue and research grants.

State Sen. Leland Yee (D-San Francisco), who has often criticized UC for its high executive salaries, praised Yudof for focusing on the University's moderately paid employees rather than those who are already at the high end of the compensation range.