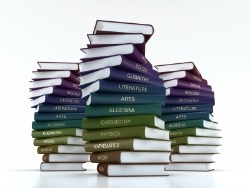 According to University of Dayton News, university officials want more prospective students and their families to make a visit to the campus and complete the Free Application for Federal Student Aid (FAFSA). As an incentive, the university is willing to give students four years of free textbooks.

"Through this initiative, we want to underscore that a University of Dayton education is affordable and we are committed to helping families in very tangible ways," said Kathy McEuen Harmon, assistant vice president and dean of admission and financial aid.

In order to qualify for free textbooks, college applicants must make an official campus visit and complete the FAFSA form by the university's March 1 application deadline, reported The Chronicle of Higher Education. Students who fulfill the requirements will receive up to $500 a semester to purchase textbooks from the University of Dayton Bookstore.

Harmon told the University of Dayton News that making a campus visit is an important part of the decision-making process.

"We know if we get students on campus, they can see and feel if the University of Dayton is right for them; we can begin understanding who they are and exploring their financial needs," explained Harmon.

Harmon also pointed out that completing the financial aid form is a crucial step that a number of families fail to do.

"Many families don't fill out the form because they believe they don't qualify or think it takes too much time," said Harmon. They miss out on opportunities to get affordable financing or grant funding."

Furthermore, Harmon told WMUB that families tend to overlook the cost of textbooks, which can be a significant amount, when calculating the cost of college.

"Families are focused on the cost of tuition and housing and oh, by the way, now we have to get books, so it's sort of an afterthought for families, but it is a big expense," she said.

According to The Chronicle of Higher Education, Sundar Kumarasamy, Dayton's vice president for enrollment management, speculated that 75 percent of the first-year class will take advantage of the offer, which would cost the university approximately $1.5 million a year.

Harmon told University of Dayton News that the new program will continue for several years.

"We want [students] to fully understand the rewards of a University of Dayton education and know that those rewards are not out of their reach," she said.