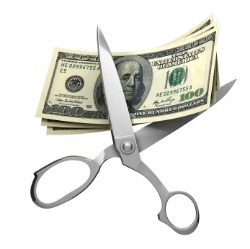 It's well known that STEM careers offer some of the best career opportunities. Perhaps this is what led University of Florida Gainesville students to form a human chain around the school's computer and information science and engineering (CISE) department on Monday to show their disapproval for school administrator intentions to dismantle the department.

Some 100 students started the day with a rally on the school's Turlington Plaza, and then formed the chain around the department in hopes that Cammy Abernathy, dean of the college of engineering, would at least reconsider the plan or make steps to delay it, reported The Gainesville Sun. The plan includes moving computer engineering programs and about 50 percent of the faculty into other school departments.

"This is not a merger," said CISE doctoral student Nuri Yeralan in The Gainesville Sun. "This is murder."

This is the second protest in response to the plan, reported ComputerWorld. In mid-April, more than 100 students held a two-hour variation of a sit-in in Abernathy's office.

The proposed CISE changes are a result of actions taken in mid-April by Florida Governor Rick Scott to save money, according to The New York Times. His steps included cutting higher education funds by $300 million. The Times also reported that this followed cuts at the $760-plus million level over the past five years as indicated by a report through the Center for the Study of Education Policy.

However, the Gainesville campus of the University of Florida is considered the state's flagship school. The Times reported that it has been hit "particularly hard" by the recent cuts. It is reported that the school will have $38 million in budget cuts this year, culminating in a reduction of approximately 30 percent in funding -- the equivalent of $240 million -- since 2006.

The school's CISE department is expected to have some of the most drastic changes. The teaching assistant budget is to be entirely depleted as well as all graduate and research activity, according to the Times.

"I cannot emphasize enough that I, as the dean of college of engineering, feel exactly the same way as everyone out there regarding the budget cut that has been placed upon us by the state," Abernathy said in The Gainesville Sun. "It is frustrating, disheartening, and most of all, painful."

According to The Gainesville Sun, the CISE department helped attract IT company MindTree Limited to Gainevsille, in an attempt to make the area the "Silicon Valley of the Southeast." Furthermore, the CISE department is significantly large, reported ComputerWorld. Currently, it has some 600 undergraduates and 400 graduate students. There are also about 130 Ph.D. students.

The plan is to take effect July 1. Some staff believe the department will be destroyed. Others expect the quality of the program to simply unravel. It is also expected that those who want to do research will simply leave the school.

"How can you run a computer science department without computer systems staff?" questioned Meera Sitharam, an associate professor, in Computer World.