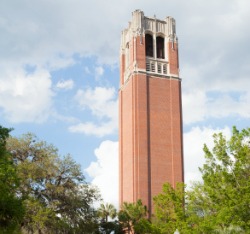 After months of exploration and discussion, the University of Florida will open the virtual doors to its new online bachelor's degree program in January 2014.

Sunshine State News reported that the Florida Board of Governors approved the university's business plan for the online program, UF Online, last Friday. The 82-page plan included summaries of courses and degree programs to be offered, as well as plans for student services, tuition and fees, budget, admissions and enrollment projections.

According to The Tampa Tribune, online learning is already part of the curricula at other universities in Florida. UF Online is unique, however, as it is the first program that would carry freshmen students all the way to graduation completely online. UF Online will start with five majors -- business administration, criminology and law, environmental management, health education and behavior, and sports management. In June, biology and psychology will also be offered.

UF plans to expand in the next 10 years, serving more than 24,000 online students and offering 35 majors.

Accessibility to higher education has been a major concern for Florida residents and public universities, which is why discussions to expand online learning within the state started last year. As The Tampa Tribune reported, the University of Florida, and many other universities in the state, have had to turn away qualified students because of capacity issues. At UF, a little more than 6,000 incoming freshmen are admitted each year; however, more than 29,000 students apply. The hope is that the new UF Online program will help Florida students overcome these barriers to higher education.

"Many students have the academic skills to get into the University of Florida but haven't been able to attend, either because we don't have enough space on campus or because their life circumstances prevent them from leaving home," said UF President Bernie Machen in The Tampa Tribune. "This online undergraduate initiative removes both of those roadblocks."

There are some concerns, however, as is usually the case with online education ventures. According to Inside Higher Ed, for example, some worry that the quality of education at UF Online will be compromised, especially during the first few years as the university continues to experiment and adapt. W. Andrew McCollough, associate provost for teaching and technology at UF, however, assured skeptics that this would not be the case.

"[Online students are] going to get a real online experience consistent with the current level of technology and knowledge," McCollough said in Inside Higher Ed. "We're not going to guinea-pig them."

McCollough did acknowledge in The Tampa Tribune, however, that some aspects are going to be challenging -- for example, laboratory or clinical work. McCollough said the university was committed to maintaining its high standard of quality and would do what it takes to find solutions to such problems.

Interestingly, Inside Higher Ed noted that the low cost of the program, which was intended to increase higher education access for Florida students, might actually be somewhat problematic. To attend UF Online, in-state students will pay no more than 75 percent of the cost of traditional on-campus tuition. Because these students are exempt from on-campus fees such as room and board, they will also save an estimated $8,400 a year. Out-of-state students, however, will have to pay market rates, which university officials estimate to be $450 to $500 per credit hour. As a result, UF Online depends on out-of-state students who pay the full cost. Officials projected that in 2024, 43 percent of students at UF Online will be non-residents, rather than in-state students.

Despite concerns, however, university officials remain optimistic. According to Sunshine State News, applications will be accepted through November 1.

"How to Build a University in 7 Months," insidehighered.com, October 1, 2013, Carl Straumsheim