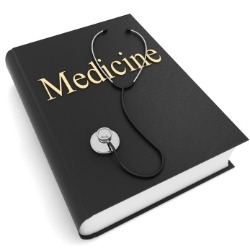 Rural communities often lack adequate health care as most doctors tend to favor practicing in urban cities. One small town in Kansas, however, hopes to change this and bring more aspiring doctors to the area.

According to Dr. Barbara Atkinson, dean of the University of Kansas School of Medicine, 12 counties in Kansas do not have a full-time physician, reported Kansas City Business Journal. In order to address this, the University of Kansas opened a new campus in Salina to encourage medical students to stay local after graduating. With just eight students, the new campus is the smallest school in the country in terms of number of students to offer a four-year medical education.

The New York Times reported that research has suggested that students who trained in metropolitan areas have difficulty adjusting to a rural practice. Medical care in rural areas is different from big cities and can be a challenge. Patients are usually older, poorer and uninsured. Furthermore, the job is usually less lucrative and very demanding due to lack of additional support. Students at Salina will receive an education that specifically prepares them for these realities.

"Many parts of the United States are sparsely populated geographic areas where people need medical care," said William Cathcart-Rake, MD, a Salina-based oncologist who is directing the KU School of Medicine-Salina, to KUMC News. "By training physicians in a non-metropolitan area, we are showing young medical students that life can be good, and practice can be stimulating outside of the big city."

As The New York Times pointed out, more and more schools across the nation have started offering incentives to attract physicians to rural areas. Salina will offer free tuition and monthly stipends to their students, who have agreed to start their careers in rural communities.

Most of the eight students grew up in small towns themselves and said that the new school was their first choice. For instance, one student recalled an incident when he used four Advil and an ice pack to relieve a broken arm during a half-hour drive to the nearest city doctor.

Another student said she did not want to live in a city to study.

"I'm a small-town girl, and I always wanted to be back in a small town," said Kayla Johnson, who grew up in Odin, a town with a population of 101. "When I heard that the Salina program was starting, I was so excited."

According to KUMC News, students will train with peers on the Kansas City and Wichita campuses via video and podcasts. Additional training will take place in the offices of rural physicians as well as at the Salina Regional Health Center.