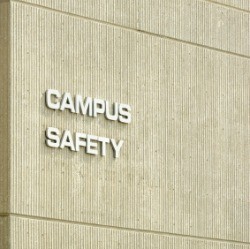 The University of Maryland Eastern Shore announced its commitment to buying 200 bulletproof whiteboards for faculty to use in classrooms as an added security layer for themselves and students beginning this fall, when courses start on Aug. 26. UMES is the first college to acquire this product, according to a UMES press release.

"Classroom safety is not a pleasant topic," UMES President Juliette Bell said. "Unfortunately, campus violence is a reality that we have to be prepared for, and this technology allows us to be proactive rather than reactive."

These 18-by-20-inch whiteboards, which double as portable writing tablets and devices that protect one's head and torso, cost a total of $60,000, The Huffington Post reported. Made out of Dyneema, an ultra high molecular weight polyethylene, they can withstand "multiple magazines of ammunition from any handgun or shotgun without ricochet or injury." The whiteboards come in white, pink, blue and green and feature three handles and a hook for easy handling.

"It's back-to-school season, and as a result of its leadership, UMES will be one of the safest campuses in the country as students return to school," George Tunis, founder of Hardwire, this product's manufacturer, said in the release.

Maryland-based Hardwire makes armor protection for military and police vehicles and personnel as well as safety systems for infrastructure like bridges, CNN indicated. Between 2008 and 2011, it produced more than 5,000 armor kits for U.S. Mine Resistant Ambushed Protected vehicles.

The company began developing bulletproof classroom items in 2012 following the shootings at Sandy Hook Elementary School, during which an individual shot and and killed 26 people, mostly children. The incident was a significant factor in Bell and other UMES officials' decision to procure the bulletproof whiteboards, which they viewed as a practical protective device.

"Anything that we can do that could potentially save a life, we are going to explore," she said.

Each whiteboard weighs less than 4 pounds.

"This is so accessible, and it's not cumbersome," said Chief Ernest Leatherbury with the UMES campus police.

The university already employs various security strategies, including instant electronic alerts that are distributed to e-mail addresses and cellphones and notices displayed on dedicated monitors on campus, the press release explained.

Hardwire's development of protective equipment for vehicles and personnel was bolstered by a UMES-affiliated financial contribution back in 2004. The nonprofit organization Maryland Hawk Corp., which is a wholly-owned subsidiary of UMES, initially loaned Hardwire $250,000 and then later granted the company $500,000 to develop and manufacture its products.

The first loan facilitated "expedient delivery of armor to soldiers, which resulted in thousands of saved lives," Tunis said.