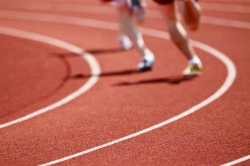 Because of limited funds, the University of Maryland will be cutting eight of its 27 varsity sports programs.

According to a letter posted by the university's president, Wallace D. Loh, the eight eliminated sports programs will discontinue on June 30, 2012. They include men's cross country, tennis, swimming and diving, indoor track and outdoor track, and women's water polo, acrobatics and tumbling, and swimming and diving. According to The Washington Post, a total of 166 student athletes will be affected by the cuts, but their scholarships will be honored regardless, as will contracts of affected coaches.

The decision to cut the programs was based on the recommendation of a 17-member panel formed by Loh in July. It was endorsed by Kevin Anderson, the university's athletic director, as well as the University Athletic Council.

"To continue to make deep cuts across all programs--to impose a democracy of pain--is not the path to excellence," noted Loh in a written response to the commission's report, which was quoted in the Post. "In a time of constrained resources, we have to choose: should we have fewer programs so that they can be better supported and, hence, more likely to be successful at the highest level? Or, should we keep the large number of programs that are under-supported compared to their conference peers?"

Numerous institutions have been forced to make cuts in sports programs because of financial constraints. Last year, the University of California Berkeley announced that it would be eliminating five intercollegiate sports teams, but all were saved after supporters raised enough funds to keep the programs running. Loh said that the Maryland teams would be given a similar chance to raise enough money by the 2012 deadline to support the programs for the next eight years.

Anderson noted that the decision was a difficult one. "It was heart wrenching to go team to team and look these young people in the eye and tell them that there was a possibility of discontinuing their program," he said in a news conference quoted by Bloomberg Businessweek.

According to Jane Wellman, executive Director of the Delta Project on Postsecondary Education Costs, Productivity, and Accountability, cutting sports programs is not surprising considering the current economic challenges higher education faces. "I have to believe this conversation is happening around the country in lots of places," she told Inside Higher Ed. "This is not an isolated incident. Unless something's paying its way in this environment, there's no way it should be protected. If we're closing physics programs... and we're collapsing foreign language programs, we ought to be able to look with the same eye to the bottom line at athletics programs."