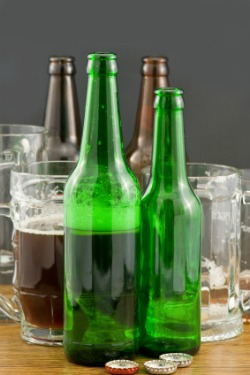 Six reports of excessive drinking at recruitment events sponsored by fraternities were filed between last Sunday and Wednesday, The Chronicle of Higher Education reported. One incident involved a student who broke windows in a dormitory and another in which a student was found unresponsive and in boxer shorts in a parking lot. According to The State, four of the six incidents required medical assistance. Some, if not all, were freshmen students.

After the sixth report, USC officials responded with a blanket suspension, halting the recruitment activities for 18 of USC's 23 fraternities. Five fraternities were excluded as they do not use the traditional fall rush calendar.

"When we got the sixth report, I said enough is enough," said Jerry Brewer, USC's associate vice president for student affairs.

The Chronicle of Higher Education noted that Brewer is no stranger to Greek life. As a South Carolina student, he was a member of Pi Kappa Phi and held various leadership positions. Last year, Brewer led a series of discussions with fraternity members to discuss "personal servitude" and this spring, he challenged fraternity leaders to come up with ways to improve their organizations' rules and regulations.

Brewer said the decision to suspend all participating fraternities was based on administrators' conclusion that drinking was a systemic problem that needed to be addressed. Students, however, think the response is unreasonable.

"The general attitude is, 'Hey, all we're doing is drinking. What's wrong with that? We're furnishing booze to people who are underage; everybody does it'," explained Brewer to The State. He also added that one student said that alcohol has always been a part of the rush process and asked why the university wanted to crack down now.

In an interview with The Daily Gamecock, the university's student newspaper, Brewer responded, "We have always had incidents where people drink themselves to the point where they need medical assistance, but it's unprecedented the number of incidents we've had before school even started."

Still, students criticized the university for its action. Greek leaders from 12 of the 18 suspended fraternities approved a four-page statement that called the Office of Greek Life "inefficient, ineffective and in violation of university law." It also asked officials to scale back their tactics and called for a meeting with the board of trustees as well as an audit of the Office of Greek Life.

USC officials hope to decide whether to resume fraternity rush by Wednesday afternoon, after a series of forums and meetings.