University of Texas Board of Trustees Approves Incentive Pay 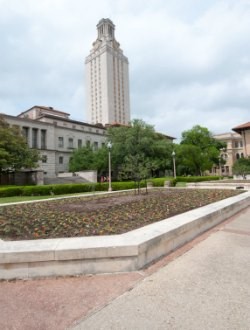 In an effort to improve four-year graduation rates, the University of Texas System Board of Trustees approved a proposal for incentive pay of up to 10 percent for university presidents and select system administrators.

As Inside Higher Ed reports, those eligible include the heads of the state's nine universities, those leading its six health centers, and 11 other system administrators. To receive the additional pay each of these individuals will need to sit down with the system chancellor, establish target goals in the one- or three-year range, and, of course, accomplish those goals.

While student reaction to the vote has not been reported, Texas Governor Rick Perry said he firmly supports the incentive plan, according to spokesperson Catherine Frazier.

"[This plan] helps create a climate that encourages people to do their best, rewarding them for their success," Frazier said in the San Antonio Express-News. "It would help boost performance and strengthen higher education across the state."

The goals will need to target four areas: cost decreases through initiatives for shared institutional services, funding increases for research, increases in philanthropic giving, and improvements in four-year graduation rates. While incentive programs like these are often uncommon at the higher education level, other schools in Texas have taken similar steps, including the University of Texas Medical Branch in Galveston and M.D. Anderson Cancer Center in Houston.

"The devil is in the details," said Regent Robert Stillwell to the San Antonio Express-News. "...If it's applied evenly and fairly, it will be a great motivational tool."

Michael Granof, an accounting professor at UT Austin school, had at least one complaint about the plan: that focusing on goals like graduation rates could lead to a demise in academic standards in order to pass students through.

"The intellectual level of a university can't readily be captured by the measures," said Granof in the Statesman.com.