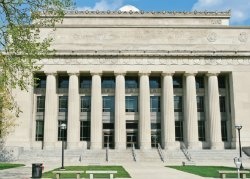 On Thursday, the Sixth Circuit U.S. Court of Appeals overturned a 2006 voter-approved Michigan ban on affirmative action, or the consideration of race and gender in the college admissions process.

According to The New York Times, the 8 to 7 ruling in the "Coalition to Defend Affirmative Action v. University of Michigan" case was not based on racial discrimination. Instead, it stated that the ban violated the 14th Amendment's guarantee of equal protection. As the court noted, people who want to change aspects of university admissions had various courses of action such as trying to influence the admissions committee, university leaders or the school's governing board. Those interested in shaping policies regarding affirmative action, however, have only one recourse: to amend the state Constitution, which was said to be a difficult and politically unfair process.

"The existence of such a comparative structural burden undermines the equal protection clause's guarantee that all citizens ought to have equal access to the tools of political change," said Judge R. Guy Cole Jr., in a written statement quoted by The New York Times.

Gary Orfield, co-director of the Civil Rights Project at the University of California, Los Angeles, described the ruling as unexpected and significant in an e-mail to Inside Higher Ed: "This victory, which few observers expected, means that a major federal appeals court has recognized that elimination of minority rights through referenda campaigns changing state constitutions in ways that make it virtually impossible for minority communities to ever reverse the decisions is a critical and unjust limitation on American democracy."

It is unknown when the ruling will take effect, if ever, reported CNN. The office of Michigan Attorney General Bill Schuette noted that rulings generally take effect when mandates are issued, but Schuette's spokeswoman told CNN that Schuette plans to file an appeal with the U.S. Supreme Court within 90 days.

"(The ban) embodies the fundamental premise of what America is all about: equal opportunity under the law," Schuette said in a news release quoted in CNN. "Entrance to our great universities must be based upon merit."

According to The New York Times, some observers expect the Michigan case to reach the Supreme Court as the decision conflicts with a ruling by the Ninth Circuit U.S. Court of Appeals which upheld an affirmative action state ban in California. The U.S. Supreme Court is considering another affirmation action case, "Fisher v. University of Texas," which is based on the use of race as a factor in the admission process. UCLA law professor Eugene Volokh, noted that the Supreme Court's ruling in the Fisher case could impact the likelihood of the Michigan case reaching the Supreme Court.

"The only thing that might get in the way is if the Fisher case decides that all race-based action in education is unconstitutional, which would make it not technically moot, but less important," said Volokh to The New York Times.