U.S. Employees Are Stressed Out But Women Workers Feel it Most 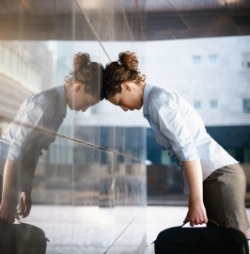 Despite relatively steady economic growth and improvement, many American workers still experience chronic stress because of work, reported AOL Jobs. Employed women are even more stressed than their male counterparts, but both report feeling stressed out, underpaid and overworked.

As reported by The Wall Street Journal, a new survey from the American Psychological Association showed that one-third of American workers suffer from work-related chronic stress. Fifty-four percent reported that they do not get paid enough and 61 percent said they feel their employers do not offer sufficient opportunities for career advancement. The annual survey was conducted in January with 1,501 working adults.

Despite these alarming figures and increasing evidence that supports and encourages healthy workplace environments, an American Psychological Association press release reported that the survey still found that only 36 percent of employers provided resources to help their employee manage stress. According to The Wall Street Journal, although the percentage of chronically stressed out workers is slightly lower this year than last -- 35 percent versus 41 percent -- a smaller proportion of this year's respondents showed satisfaction with their jobs and work-life balance.

According to the press release, female employees are particularly stressed out. More working women reported feeling stuck as just 35 percent said that their employers provided adequate opportunities for internal career advancement, compared to 43 percent of men. Furthermore, women reported feeling less valued than their male counterparts (48 percent versus 54 percent) and fewer women said they received adequate pay for their contributions (43 percent of women, compared to 48 percent of men). Employed women also felt tenser while at work; however, they also felt that they received fewer resources to help them manage their work-related stress.

As The Wall Street Journal noted, women's stress levels are rising due to an increased dependency on women's household earnings. Women and men also tend to deal with stress differently. Still, long-term stress on anyone can be harmful, not only to a person's job but also his or her health.

However, Americans seem to be so stressed out that even vacations do not help us unwind. According to The Wall Street Journal, an Accenture survey that was released last week showed that 75 percent of respondents still stay plugged into the office when away on paid time off. Forty-four percent even said they use time off to catch up on work.

APA noted that it is imperative for employers and organizations to understand and promote employee well-being.

"This isn't just an HR or management issue," said Norman B. Anderson, PhD, chief executive officer of the American Psychological Association in the press release. "The well-being of an organization's workforce is a strategic business imperative that is linked to its performance and success."

"Office Stress: His vs. Hers," online.wsj.com, March 4, 2013, Lauren Weber and Sue Shellenbarger

"Survey: 1 In 3 Employees Are Stressed Out, Underpaid And Overworked," jobs.aol.com, March 6, 2013, Pam Kruger

Career and Education News
Home >
News>
U.S. Employees Are Stressed Out But Women Workers Feel it Most