U.S. Graduate School Applications From International Students On The Rise 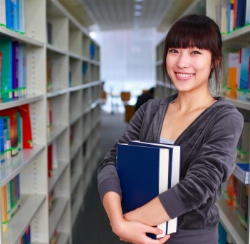 International student applications for U.S. graduate schools are up nine percent this year, reported Inside Higher Ed, suggesting that foreign students' interest in graduate study in America is rebounding nicely from previous years.

Inside Higher Ed noted that applications in all fields of study increased; however, engineering, physical and earth sciences and "other" fields--areas of study that don't include the aforementioned fields as well as arts and humanities, business, education and social science and psychology--saw the biggest increases. The Chronicle of Higher Education pointed out that these fields saw an increase of 12 percent.

There was one decline in foreign student applications, however. Applications to business schools at the 25 universities that enroll the most international students were down four percent. Although too early to tell, this decline may reflect increased global competition for business students.

These trends were reported as the first part of a three-part survey by the Council of Graduate Schools. According to The Chronicle of Higher Education, the survey was administered early on, so these results are subject to slight change once the second part of the survey analyzes final application numbers later this spring.