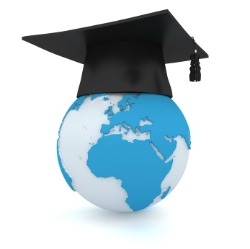 The U.S. earned the top spot in a new college ranking system that looked at what countries provide the best higher education, according to a study coming out of Australia.

The study's authors, from the Melbourne Institute of Applied Economic and Social Research at the University of Melbourne, measured the higher education systems in 48 countries. The schools were assessed in four different areas: output (research and its impact, plus producing a qualified workforce that meets demands); resources (outlay from government and private sector); connectivity (international networks and collaboration); and environment (government regulation, campus diversity and opportunities), according to a PR Newswire press release. Findings were adjusted according to each nation's population. After a year-long study, Universitas 21, an international group of research universities, released the findings last week.

"In a globalized world, a strong higher education system is essential if a nation is to be economically competitive," Ross Williams, lead author and professor at the University of Melbourne, said in the press release.

The top 10 countries and their scores, from best to worst, were:

The U.S. fared the best in terms of total output of research journal articles published, GOOD noted. This component made up the bulk of its total score as the measure had a weight of 40 percent. The U.S. scored lower in resources primarily because its schools must rely on private funding more than other countries. Government funding of higher education was highest in Finland, Norway and Denmark, the press release reported. However, when a private component was factored in, the U.S., Korea, Canada and Chile had the greatest funding.

"What the study shows more than anything else is that money matters, resources matter," Williams told The New York Times. "The other focus of this exercise is, 'What do governments need for higher education to contribute to economic and cultural development?"'

In terms of connectivity, or international collaboration, the U.S. earned its lowest marks, rating among the bottom along with China, India and Japan. In contrast, international research collaboration was best in Indonesia, Switzerland, Hong Kong SAR, Denmark, Belgium and Austria, according to the press release.

Most of the countries did well in terms of environment. In all but eight, at least 50 percent of students were female (India and Korea had the lowest numbers). Fewer nations scored as well when it came to gender equity on staffs, though, with only five having parity.The authors said they intend to release the rankings annually.

"Higher-Education Ranking Judges by Country," nytimes.com, May 14, 2012, Eleanor A. Miller