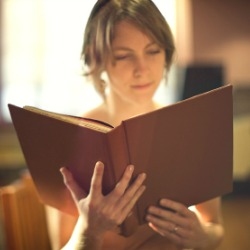 The study was published in the Journal of Liberal Education and acted as a follow-up to a 1990 article called "Are We Losing Our Liberal Arts Colleges?" Historically, since their emergence in the 1700s, liberal arts colleges have offered selective curricula, consisting of small classes and an emphasis on student development and education. Liberal arts schools have been instrumental in educating numerous leaders in various fields, and have helped foster quality teaching methods in higher education. In recent years, however, these schools have been criticized for not providing students with a defined, practical career path upon graduation, U.S. News & World Report noted.

"Yes, students and their parents still want degrees from prestigious liberal arts colleges, but fewer and fewer value the liberal arts education the colleges provide," Victor E. Ferrall Jr., president emeritus of Beloit College and author of "Liberal Arts at the Brink," said in Inside Higher Education. "In today's market, how is anyone going to get a job as an anthropologist or historian, let alone as a philosopher or expert in 19th-century English literature?"

Just a handful of liberal arts colleges have shut down or merged with larger schools due to financial reasons, while others have changed their mission so drastically that they no longer offer solely liberal-based studies such as English, history, philosophy and chemistry, and have added vocational education programs such as nursing and business to their degree selections.

According to Roger Baldwin, a study co-author and professor of education administration at Michigan State, the loss of liberal arts schools could lead to a decrease in the overall quality of the nation's higher education system. Academic leaders, policymakers, educators, and students all need to work to save the remaining schools, he and the other co-authors said.

"We should renew and reinvigorate these valuable institutions before liberal arts colleges disappear from the higher education landscape or shrink to the status of a minor educational enclave that serves only the elite," Baldwin and his co-authors Vicki Baker and Sumedha Makker stated in the study.

Ferrall also argues that action must be taken to save these schools. He suggested, however, that these schools should argue for the value of an education promoting analytical and critical thinking rather than working to explain how certain fields, such as anthropology, might lead to a good job.

"The liberal arts wing of the academy needs to get busy making the case for the education they provide, before it is too late," he said in Inside Higher Ed.