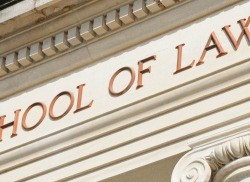 On March 12, U.S. News & World Report released its Best Graduate School Rankings for 2014. A press release noted that U.S. News ranked schools for five major disciplines - engineering, business, law, medicine, and education - and also released specialty rankings for each of those disciplines. U.S. News also updated its 2009 rankings for social sciences and humanities and for library and information studies.

In addition to updating its rankings, U.S. News revised the criteria used to evaluate schools. For example, the law school rankings are based on new employment data for 2011 J.D. graduates employed at graduation and nine months after graduating. For the MBA rankings, GRE scores of students starting business school in fall 2012 were taken into consideration when determining admissions selectivity.

U.S. News & World Report elaborated on its ranking methodology, stating that although criteria vary by discipline, expert opinions and admissions selectivity are commonly used. Additional factors include job placement statistics for law school and business school lists and salary information for the business school list. In order for a law school to garner success in the job placement factor, graduates must hold a full-time position for which holding a J.D. or passing the bar exam helps applicants.

Now that the rankings have been released, how can one utilize them? As U.S. News & World Report explained, individuals can use the rankings and criteria data to assess which schools they may qualify for with their test scores and undergraduate academic record. They can also compare schools using a number of other characteristics. For example, B-School applicants can gauge how a degree from different schools may impact their earning potential, and law school applicants can analyze how well potential schools prepare individuals for the bar exam.

However, as U.S. News & World Report pointed out, its rankings should not be the only factor in deciding on a graduate school. Other important considerations include attendance cost, campus life, course offerings, and location. Exploring these and a number of other features may help individuals decide on the right school for them.

"How to Use the Best Graduate Schools Rankings Wisely," usnews.com, March 11, 2013