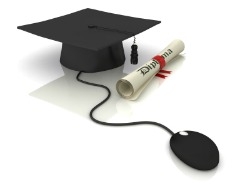 U.S. News & World Report today released its first-ever rankings of online programs at colleges and universities, but the assessment is not as comprehensive as some may have liked it to be.

In explaining its decision to rank online educational programs, U.S. News quoted statistics from a 2011 report by the Babson Survey Research Group, which found that online course enrollment hit 6.1 million students in 2011. The online education trend, said the report, shows no signs of leveling off. U.S. News said that it recognized "the growing importance of online education in the college experience, and the unique formula necessary to make online degree programs successful."

But The Chronicle of Higher Education pointed out that the new rankings do not provide lists based on overall program quality as U.S. News does with its annual rankings of brick-and-mortar institutions. Instead, the online education guide included "honor rolls" that listed colleges that performed well across the ranking criteria.

Bachelor's programs were ranked in three categories: student engagement and assessment, student services and technology, and faculty credentials and training. Master's programs were ranked in five different disciplines: business, nursing, education, engineering, and computer information technology. In addition, admissions selectivity was added as a fourth category to master's programs. All programs considered for the rankings were required to have at least 80 percent of their course content available online.

According to Eric Brooks, a U.S. News data research analyst, the breakdown into several categories was intentional, because the team could only make fair comparisons when they had enough data to do so. "We're only ranking things that we felt the response rates justified ranking this year," he explained to The Chronicle.

Robert Morse, the director of data research for U.S. News, told Inside Higher Ed that as a result, the program rankings were somewhat limited. Because not enough institutions were able or willing to provide information, the rankings did not include important factors such as retention and graduation rates, learning outcomes, debt incursion and repayment, and success in the job market.

Nevertheless, Brooks said that he hopes the new guide can help students make informed decisions about the quality of online programs. "We'd rather not produce something in its first year that's headline-grabbing for the wrong reasons," he told The Chronicle.

"'U.S. News' Sizes Up Online-Degree Programs, Without Specifying Which Is No. 1," chronicle.com, January 10, 2012, Nick DeSantis