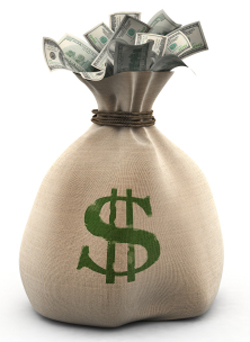 At a time when the humanities and social sciences are suffering from underfunding, a record $200 million donation was given to the College of Letters, Arts and Sciences at the University of Southern California.

The Los Angeles Times reported that the donation was made by alumnus David Dornsife and his wife Dana. Dornsife, whose parents are both USC alumni, was a business major who graduated in 1965. He is now chairman and majority owner of Herrick Corp., the largest steel fabricator on the West Coast. Dana Dornsife earned her bachelor's degree in business from Drexel University and is founder and president of the Lazarex Cancer Foundation.

Unlike most big donations, the Dornsifes' gift is unrestricted, meaning university officials have the freedom to allocate funding as they see fit. The couple told the Los Angeles Times that they were confident faculty and administrators would spend it wisely. The donation is expected to support faculty hiring, research and fellowships and help the humanities and social sciences, which have received less funding than the sciences from other sources. Though unusual, experts have praised the lack of restrictions.

"...It is often the kind of gift an institution needs the most. It is both a rare thing and a good thing for the donor to have the sense of confidence in the institution making those judgments," said Rae Goldsmith, vice president for advancement resources at the Washington D.C.-based Council for Advancement and Support of Education.

That is precisely what Dana and David Dornsife had in mind: "The College of Letters, Arts and Sciences plays a vital role in the life of USC, and we wanted our support to be unrestricted in order to give the university lasting flexibility," said David Dornsife in a USC press release.

The College of Letters, Arts and Sciences--which will be renamed the USC Dana and David Dornsife College of Letters, Arts and Sciences on March 23--is the largest, oldest and most complex of the USC colleges. It houses approximately 10,000 undergraduate and graduate students, 784 faculty, 33 academic departments, 31 research centers and institutes and 634 staff members. Roughly 1,800 degrees are awarded by the school annually.

USC officials said the university would also create a new Dornsife Scholars Program, which would recognize outstanding seniors who tackle societal problems in the U.S. and overseas through their scholarly work.

According to Bloomberg, this donation beat USC's previous record of $175 million from George Lucas in 2006. USC spokesperson Nicole Malec declined to give the specifics of the donation, such as whether it would be an outright gift or a pledge that would be paid over time.