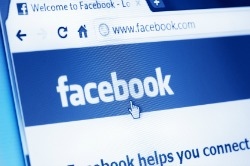 "Mission: Admission," a new game that launched on Facebook today, focuses on providing students with the skills and information to successfully apply for college, reported Game Politics. The game is a free Facebook app that allows players to choose a cartoon avatar and to visit areas such as a counselor's office, writing center, library, tech center and more to gain points while also having to meet deadlines and complete specific tasks as outlined in a calendar.

Three years in the making, Mission: Admission is part of the University of Southern California's Collegeology Games, which aims to help students in underserved communities navigate the college and financial aid application process, according to USC News. The game acts as a virtual academic advisor to students who might not have regular or convenient access to one and, therefore, need guidance when it comes to applying for college. Throughout the U.S., the average ratio of students to college advisers in public high schools is 459 to 1. In California, it's even worse at about 800 to 1, noted USC News.

"We developed Mission: Admission because, for many students -- especially first-generation and low-income students -- applying to college can be a daunting and overwhelming process," Zoe Corwin, director of research for Collegeology Games, told USC News. "We wanted to figure out a way to make both the college application and financial aid process more accessible, inspiring and fun."

In the game, students chooses a cartoon avatar who is then guided through various steps in the college application process, such a obtaining letters of recommendation and filling out application forms, according to Southern California Public Radio's KPCC. At the same time, they are studying at a make-believe school and challenged with the pressures and distractions that can result in them missing deadlines or failing to meet other requirements. The game is meant to mimic real life, explained Corwin.

As USC News pointed out, high school students are encouraged to play as early as their freshman year, simply because it is never too early to start thinking about and understanding the steps necessary to apply for college. It's already proving successful for older students. Leslie Aaronson, a teacher at Foshay Tech Academy in Los Angeles, for instance, had her senior class try out an early vision of the game, reported USC News. She discovered that many of her students continued playing on their own time, and have become more proactive about college.

"Students in my class tell me that the game has been helpful in getting them to stick to deadlines and better understand the college admissions process," said Aaronson in USC News. "They are much more proactive about college now, and in fact, most of my students have already solicited two letters of recommendation and scheduled their SATs in real life."

"Introducing Mission: Admission, a Game That Teaches Students the Process of Getting Into College," gamepolitics.com, October 26, 2012